While the proposed extension of tax cuts improves certainty in the near term, the long-term uncertainty remains high with the rising deficit. Additionally, the temporary tax extension will become a political football in 2012. See the following post from The Capital Spectator.

The House of Representatives passed the tax-cut 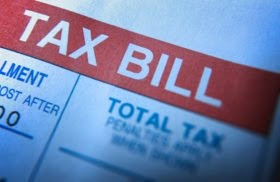 extension bill last night and sent it over to the White House for President Obama to sign it into law. The legislation prevents the Bush tax cuts from expiring on December 31, offering what some say is a stimulus for the economy at a critical point in the recovery.

"This legislation is good for growth, good for jobs, good for working and middle class families, and good for businesses looking to invest and expand their work force," Treasury Secretary Timothy Geithner says via AP. Why, then, is there so much opposition? "There probably is nobody on this floor who likes this bill," House Majority Leader Steny Hoyer, D-Md, complains. "The judgment is, is it better than doing nothing? Some of the business groups believe it will help. I hope they're right."

This much, at least, is clear. Tax cuts are sure to be front and center in the 2012 presidential race, courtesy of kicking the extension two years down the road. Another deadline looms. Presumably the economy will be in better shape by then. Meanwhile, there's debate about the value of extending tax cuts for 24 months vs. making them permanent. Some critics complain about the uncertainty that surrounds a short-term temporary extension.

"Taxpayers now know that their taxes will once again become a political football in 2012," writes Scott Hodge, president of the Tax Foundation "Stability is one of the guiding principles of sound tax policy, but lawmakers have traded some near-term certainty for further long-term unpredictability. Taxpayers will not know how to plan their affairs beyond 2012."

At least the uncertainty has been banished for two years, runs counter argument. Is that enough? As many supporters of the bill rationalize, it's better than letting the tax cuts expire. The incoming Republican speaker of the House, John Boehner, advises in a new statement:

With nearly one in 10 Americans out of work, acting to ensure no American’s taxes go up on January 1st was critically important. Failing to stop all the tax hikes would have destroyed more jobs and deepened the uncertainty in our economy. Stopping all the tax hikes is a good first step in our efforts to reduce the uncertainty family-owned small businesses are facing, but much more needs to be done, including cutting spending, permanently eliminating the threat of job-killing tax hikes, and repealing the job-killing health care law. These are critical priorities the new majority has pledged to act on in the next Congress, and I hope President Obama will listen to the American people and work with us to stop Washington’s job-killing policies.

The challenge of cutting spending and maintaining the tax cuts promises isn't going to be easy. Some pols worry that the tax cut legislation only makes the job of pursuing fiscal rectitude that much more difficult. And there's a range of policy implications to ponder as well. Time's Curious Capitalist blog provocatively asks: Will the Tax Deal Kill Social Security?

At the center of it all is the question of how much boost the economy will receive in exchange for elevating the government's debt. Indeed, extending tax cuts is easy; curtailing spending is something else.

Extending the tax cuts is no free lunch in the long run, as the Congressional Budget Office has warned all this year. Then again, no one expects a lame-duck session of Congress to tackle such issues.

“Republicans are talking a lot about certainty,” Matthew Mitchell, a research fellow and tax policy expert at George Mason University, says via The New York Times. “But even if they had won some sort of a victory where they got the current tax rates written in stone, spending is on such an unsustainable path in terms of entitlements, it really isn’t certain at all.”

But for now it's all about politics."The fact that President Obama has moved toward recognizing that a pro-growth economic policy has direct ties to the level of taxation…is a positive sign," Rep. David Dreier (R., Calif.), a member of the House GOP leadership, tells The Wall Street Journal. "I believe that moves him in the direction of being a better president."

It remains to be seen if the voters will agree in two years.