Reasons Why Obama Is A Pro-Business President

While much has been written about the tension between Obama and business, Eric Rosenbaum argues that Obama has helped business significantly since being elected. Some pro-business policies include tax cuts to the wealthy, a continuation of the bailout of banks, and giving healthcare insurance companies what they wanted in healthcare reform. See the following post from The Street.

It's official. We can finally stop calling President 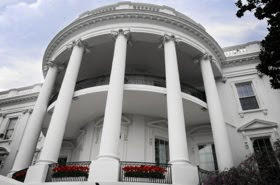 Yet it seems we are only allowed to do it by first reminding everyone that Obama was "anti-business" before he was not "anti-business" -- and that if Obama is no longer "anti-business," the transformation can only be measured in the length of a lunch with the CEOs of the biggest corporations in America.

The "turning point," of course, for the "anti-business" President was when he chewed the fat with capitalist bigwigs on Wednesday, including the CEOs of Cisco Systems(CSCO_), Google(GOOG_), American Express(AXP_), Honeywell(HON_) and Boeing(BA_). White House frenemy and General Electric(GE_) CEO Jeffrey Immelt was seen breaking bread with the President, too.

Even the head of the U.S. Chamber of Commerce, who probably would risk losing his job by saying anything nice about a Democrat in the White House, was ready to share his lunchbox with Obama. Sort of.

Bruce Josten, executive vice president for government affairs for the Chamber of Commerce, told Reuters after the lunch that "inviting a relatively limited group of favored CEOs to the White House every so often did not equal genuine engagement with business."

Still, the major media didn't miss the opportunity to stage Obama's "pro-business" meeting with the CEO elite as an attempt by the President to finally slough off that annoying "anti-business" stamp he wears on his forehead.

The AP described the relationship between Obama and the business world as "testy" and said that the lunch was a "reset" for Obama as he seeks to extend an olive branch to corporate America.

Reuters referred to the "strained relations" and opined that the President was seeking to turn a "new page."

The Wall Street Journal noted the "rocky relationship" between Obama and the business world.

And with Obama "wooing" business leaders, the New York Times described the lunch as a White House "charm offensive."

The only one not playing the niceties game was House Republican leader John Boehner, who issued a statement describing the Obama business lunch menu as serving up a "nothingburger," and referred to the White House's olive branches as twigs.

We say the whole "Obama Versus the Business World War" is the biggest "nothingburger" of all, and we'd like to stick a branch, or twig, in the eye of the critics continuing to portray the President as the enemy of economic growth and industry.

Indeed, as business leaders have decried the White House policies that would allegedly cripple corporate profits, we ask:
Sure, Wall Street honchos are quick to point out that Obama lambasted "fat cat" bonuses last year -- but c'mon, financiers, you're way too smart to not be able to distinguish a toothless populist rant from a President (and an opinion shared by the overwhelming majority of Americans whose "Main Street" is not called "Wall Street") versus actual policy mandates.

Business leaders also harp on the financial reform package as a sign of Obama's "anti-business" stance. Yes ... how dare that "anti-business" President bail out a broken financial system and then decide not to simply the leave the broken system intact? The nerve!

The bottom line: the corporate bottom line's worst enemy is hardly President Obama. In fact, he may just be the most "pro-business" Republican president that Republicans never elected.

This post has been republished from The Street, a site covering financial news, commentary, analysis, ratings, and business and investment content.
Posted by: NuWire Investor @ 5:52 AM