A study by the Boston Fed estimates that 850,000 jobs could be added if small firms could have access to the financing that they need. They suggest that making credit available to small businesses would help stabilize the labor market and economy. See the following article from The Capital Spectator. 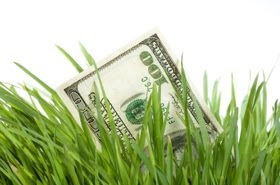 e 850,000 jobs? Perhaps, or so a new study advises. "According to our estimates, eliminating financial constraints of small firms could add up to 850,000 jobs to the economy," asserts a recent paper from the Boston Fed: "Financing Constraints and Unemployment: Evidence from the Great Recession." This much is clear: the longer the labor market struggles to mint new jobs on a net basis, the stronger the incentive to try almost anything to boost employment creation. Surely there are no silver bullets, but maybe there’s an array of bronze buckshots that add up to something more than a rounding error. Maybe. If so, that suggests that policy makers look for possible solutions in the usual and not-so-usual places. As such, the new Boston Fed research is food for thought.

As the study observes,

Lending to small businesses in the United States has fallen dramatically since the onset of the Great Recession. According to the most recent data, small business loans made by commercial banks declined by over $40 billion between the second quarter of 2008 and the second quarter of 2010 (Table 1). Similarly, the responses to the Federal Reserve’s Senior Loan Officer Opinion Survey on Bank Lending Practices indicate that banks have significantly tightened credit standards on Commercial and Industrial loans to small firms in thirteen consecutive quarters (2007:Q1 to 2010:Q1)

Unlike larger firms, which have broader access to capital markets, small businesses are highly dependent on bank financing for their initial establishment and subsequent growth. Accordingly, smaller firms are likely to have been impacted disproportionately when banks restricted credit following the shocks to their balance sheets.

So, what’s the solution? Or the implied solution, or (more realistically) the partial solution?

We suggest that policies aimed at making credit available to small business, such as the recent $30 billion Small Business Bill or the loans guaranteed by the Small Business Administration, would help stabilize the labor markets and economic activity in general. According to our estimates, eliminating financial constraints of small firms could add up to 850,000 jobs to the economy.

Such ideas are hardly novel these days. Indeed, if you type in "small business loans" on Google's News section, you'll get enough reportage citing fresh credit extensions to wile away a month's worth of reading. Nor is there a shortage of pundits calling for more loans. For instance, Scott Shane (professor of entrepreneurial studies at Case Western Reserve University) writes today for Bloomberg BusinessWeek: “As long as we face declining home prices, uncertainty about the effects of the new health-care law and business regulation, and high and rising marginal income tax rates, the small business sector is unlikely to show the positive owner outlook, job growth, investment levels, and business formation rates common in economic expansions.”

As he explains in more detail,

Will easing the path to credit for small businesses help? It certainly can’t hurt. Of course, we should be careful when it comes to extending loans blindly, which is part of why the economy's hobbled in the first place. In any case, creating lots of new loans isn't a quick fix by any means. But given the current climate, it’s hard to imagine we’re doing too much of it these days. Still, there are some encouraging signs to be found around the country.

But there’s still a long way to go for the overall economy. As St. Louis Fed senior VP Julie Stackhouse explains, “Businesses across the country report that credit conditions remain very difficult. In fact, the data on small loans made by banks show that outstanding loans have dropped from almost $700 billion in the second quarter of 2008 to approximately $660 billion in the first quarter of 2010.”

There are no easy-solution levers left to pull. That leaves only hard work and a complicated, multi-solution path out of this mess. In turn, that implies that we’ll need one additional resource for weathering the “recovery” in the post-Great Recession era: patience.