While the job market continues its slow crawl out of the abyss, progress can be seen in the slight improvement in private sector job creation and a drop in the unemployment rate. However, patience will be needed as the job market still faces an uphill battle to regain the 8 million jobs lost during the Great Recession. See the following post from The Capital Spectator. 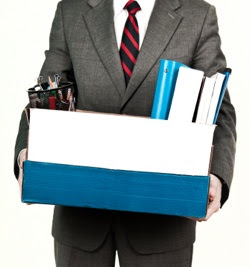 une isn’t a surprise. Most economists were forecasting a decline of 100,000 or so. Nor is the tumble necessarily an omen for the economy. A big factor in the retreat in the headline number is the termination of temporary Census workers. And if we strip out the government's influence, there's good news: private-sector employment added 83,000 new jobs last month, a rebound from May’s tepid 33,000 gain. But the modest rebound in private sector employment isn’t a revelation either, based on the consensus forecast among dismal scientists. Overall, the debate about whether the labor market is on a sustainable path of recovery is still alive and kicking.

The nation’s unemployment rate fell a bit, dropping to 9.5% in June, down from 9.7% in the previous month. That’s the lowest since last July’s 9.4%. But it's still high, and it's not yet obvious that it's set to decline dramatically any time soon. On a strict numbers basis, however, it’s fair to say that the labor market showed some improvement in the critical areas last month, namely, private-sector job creation and the overall jobless rate. If we left it there, we could claim that the mending process is bubbling, albeit modestly. Of course, no one's likely to look at those numbers in isolation.

As our chart below shows, private-sector job growth has been positive for each and every month this year through June. The average monthly gain in the first half of 2010: roughly 99,000 jobs. That’s obviously a world of improvement from shedding hundreds of thousands of jobs per month, as was the case at this time a year ago. But the problem remains the same challenge and uncertainty that we’ve been writing about for some time: the labor market has yet to show a robust rebound that matches the depth of the previous losses. There are still substantial headwinds blowing against the forces of growth, and it remains to be seen if the labor market can make progress against the forces of deflation.

Today’s employment report surely dodges a bullet in the sense that it’s hard to argue that the private sector isn’t hiring. It is. The economy has created nearly 600,000 new private sector jobs over the past six months. That’s obviously a step in the right direction, and to the casual observer it sounds impressive. But let’s not sugarcoat the results: They’re tepid, given what’s required to a) made substantial headway in repairing the damage from the Great Recession; and b) keeping the so-far vulnerable economic recovery from fading. More than 8 million jobs were lost in the previous contraction, and only a token amount of those positions have returned.

At the same time, today’s numbers minimize the case for seeing a new recession on the near-term horizon. That doesn't mean that a double-dip recession isn't possible. It is, but the odds still look low (and perhaps a little lower in the wake of today's employment report). Yet the same numbers provide only the thinnest support for thinking that the labor market rebound is gaining strength. As the trendless trend in initial jobless claims numbers suggest, we’re still stuck in something that looks dangerously close to neutral. And that, to be frank, isn't good enough, although it may be destiny for the foreseeable future.

The debate about what comes next in the economy, as a result, is set to roll on. There’s something for everyone in the labor market report, which means that nothing has changed all that much. It’s still going to be a long summer.

Nigel Gault, chief U.S. economist at IHS Global Insight, summed up today's labor market news rather well when he told AP: "It could have been worse, but it wasn't good."