Has Obama Given Up On Economic Stimulus?

Based on recent statements, the Obama Administration appears to be pulling back efforts for fiscal stimulus and is instead aiming to sell the idea that the US is in recovery. Timothy Geithner says that it is time to transition to "a recovery led by private investment" to the chagrin of many economists who think that the economy is too weak and requires additional help. See the following post from Economist's View.

Instead of a series of op-eds by Christina Romer, La 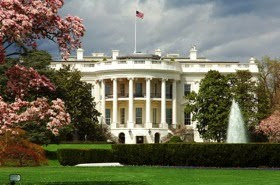 rry Summers, Jared Bernstein and other members of the administration making a strong, strong case for more stimulus -- particularly that devoted to job creation -- along with the president himself making the case to the nation, the appearance of key administration officials on Sunday talk shows to bolster the effort, and so on, the administration has decided to try and sell a recovery that hasn't yet taken hold.

Thus, instead of a much needed and impressive effort to move Congress to action, or at least make clear to voters who is and who isn't trying to help those struggling with the recession, here's Timothy Geithner saying it's time for the government to back off because a solid recovery is underway:

Treasury Secretary Timothy Geithner said the economy has now recovered sufficiently for government to begin to make way for private business investment.... Mr. Geithner’s comments on Sunday, which echo previous sentiments expressed by President Barack Obama, reflect a turning point in the government response to the worst economic downturn since the Great Depression, a period marked by deep federal intervention in the financial, housing, auto and other industries...

The message is that the administration is pulling back, and maybe even starting to balance the budget because good times are just around the corner:

“We need to make that transition now to a recovery led by private investment,” Mr. Geithner said Sunday on NBC’s “Meet the Press.” Mr. Geithner hit two Sunday talk shows, delivering the Obama administration’s message that the economy was recovering...

I don't understand this strategy. The election is not that far way. If unemployment continues to be a problem, and it looks like it will, saying that things are fine and recovery is just around the corner will backfire.

Update: I meant to make this point, but forgot, so I'm glad Calculated Risk noted this (and I likely would have relied on his evidence in any case):

The WSJ is quoting Treasury Secretary Timothy Geithner as saying it is time for private investment to take over from government stimulus:

“We need to make that transition now to a recovery led by private investment,” Mr. Geithner said Sunday on NBC’s “Meet the Press.”
...
“I think the most likely thing is you’ll see an economy that gradually strengthens over the next year or two, you’ll see job growth start to come back, investments expanding ... but we’ve got a long way to go still,” Mr. Geithner said.

I discussed this last week - in most sectors of the economy there is over capacity or too much supply (housing), so there is no reason for significant new private investment.

(Also, in response to comments, maybe I should also add that, despite the poorly chosen title, I wasn't serious about the reverse psychology part.)

I would put it much less politely: have Tim Geithner and Barack Obama lost their minds? The Administration's mid-session review--released last week--projects that the unemployment rate will rise in the next several months and will be at 9.3% in February 2011. It projects that Q4/Q4 real GDP growth will be 2.9% this year--and I don't see how we are going to get there with a 2.7% growth rate in the first quarter, a likely 2.0% growth rate in the second quarter, and with the tracking third-quarter growth aret at 2.9%. We would need 4.0% growth in the fourth quarter of this year. Nor do I understand where the 1.7% decline in unemployment over 2011 is supposed to come from: a simple Okun's Law coefficient of 2 would suggest that we need 2 x 1.7 + 2.6 = 6% real GDP growth to generate such a decline.

It sure ain't morning in America. Maybe I need to go back and read Geithner's transcripts from this morning to see if the MSM is misrepresenting what he said...