The huge gap in economic growth between developed and emerging countries is expected to continue in 2011 as China and India will finish the year with nearly double digit growth. China is expected to continue to raise interest rates while no one expects the US Federal Reserve to increase interest rates anytime soon. See the following article from The Capital Spectator. 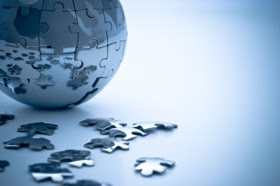 Faster economic growth in emerging markets compared with mature countries has been celebrated as a rare bright spot in the global economy in recent years. Without the robust expansion rates of China, India and other emerging nations, the fallout from the Great Recession surely would have been deeper and linger longer.

And the divergence is a gift that keeps giving. China's economy is expected to grow by more than 10% this year, vs. 2.8% for the U.S., according to The Economist. India is on track to expand by nearly 9% this year, while the Euro economies are will advance by less than 2%.

Clearly, the world economy is better off thanks to the emerging markets. For the most part, analysts have focused on the positive aspects of the bifurcated state of global macro. But there will be costs as well, even though they've been minimized in recent years.

A world of relatively wide differences in growth is a world subject to economic tension. An early test of this strain can be found in the rising inflation pressures in China, which increased interest rates last week for the second time since October. The inflation rate in China is 5.1%, the highest in more than two years, Bloomberg reports. By contrast, the U.S. inflation rate is 1.1%, as of last month, or less than half the rate in this year's first quarter.

The economic contrast between the emerging world and mature economies is nothing new, of course. But the differences may be pushed to extremes in the years ahead, with unknown outcomes. The worst-case scenario would be a future where the U.S., Europe and Japan suffer an extended period of sluggish growth and unusually low inflation while the emerging markets continue to expand at a rapid pace, which triggers rising pricing pressures.

In a globalized economy that's closely linked, it's unclear how a two-track world in the extreme will fare. Meantime, there are lots of questions. What, for instance, is the relevance for the developed world that's struggling with debt and disinflation while emerging markets are focused on keeping strong growth from unleashing inflation? Does China's tightening imply stronger headwinds for America's recovery?

In many ways, the U.S.-China relationship is the world's most important, for good or ill. The fact that both nations are currently at opposite ends of the spectrum in terms of monetary policy suggests that the year ahead may be volatile for the global economy.

There is little precedent in the modern era for the economic extremes that currently prevail. Economic stimulus is still needed in the developed world while monetary tightening is required for emerging markets. In the past, the two realms were relatively separate, with success and failure contained and isolated. But globalization continues, and the economic linkages are broader and deeper than even just a few years ago.

Meanwhile, the interest rate hikes in China are expected to continue in the year ahead. "We expect more to come in 2011, forecasting another 75 basis points of rate hikes by the end of next year,” says Brian Jackson of RBC Emerging Markets via the Financial Times. “Policymakers have work to do to, not only in China, but across the region, with more rate hikes also likely from India and Korea in the new year.”

In the U.S., on the other hand, almost no one expects the Federal Reserve to start raising interest rates any time soon. The labor market is still too weak to even consider a new round of monetary tightening.

For the moment, it's easy to downplay the divergent state of monetary policies in the world's two biggest economies. But this too shall pass.