Is Bernanke Misleading The American Public

Tim Iacono suggests that Ben Bernanke is being deceptive in his recent interview on 60 minutes where he states the the Fed is not printing money and that they could easily stop runaway inflation in it were to occur. He also says that the fear of inflation is way overstated while central bank economists tend to ignore important consumer items in their measure of "core" inflation. See the following post from The Mess That Greenspan Made. 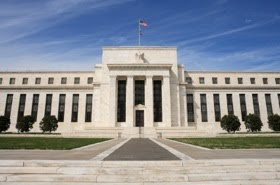 Of all the memorable moments in last night’s 60 Minutes interview with Fed Chief Ben Bernanke, two have remained with me over the last 12 hours – his claim that what the central bank is doing is not printing money and his 100 percent confidence that, should whatever it is they’re doing lead to sharply rising prices, they will be able to nip it in the bud, that bud being right at about two percent.

For the full interview, refer to this YouTube clip posted here last night (and you can avoid the minute-long commercial that the CBS website makes you suffer to view it there) and skip directly to about the six minute mark.

There, you’ll hear host Scott Pelley ask about the recently announced plan to buy an additional $600 billion in Treasuries in addition to $1.5 trillion in other assets they’ve purchased over the last year or so, these measures aimed at giving both the economy and the stock market a boost.

Q: Many people believe that could be highly inflationary. That it’s dangerous to try.

A: Well, this fear of inflation, I think is way overstated. We’ve looked at it very, very carefully. We’ve analyzed it every which way. One myth that’s out there is that what we’re doing is printing money. We’re not printing money. The amount of currency in circulation is not changing. The money supply is not changing in any significant way. What we’re doing is lowering interest rates by buying treasury securities. And by lowering interest rates, we hope to stimulate the economy to grow faster. So, the trick is to find the appropriate moment when to begin to unwind this policy. And that’s what we’re going to do.

Naturally, this money printing denial is mostly a semantics issue, but the nature in which it was answered speaks volumes about how Bernanke views the world and that view is clearly at odds with the vast majority of the general public.

New York Fed Chief (and former managing director at Goldman Sachs) William Dudley offered this same defense against the money printing charge in a CNBC interview not long ago, fleshing out a few of the details that Bernanke quickly skipped over as he moved the conversation directly to the Fed’s ability to undo whatever it does without causing any harm.

What we’re doing is, when we buy Treasury securities, we are increasing the amount of reserves in the banking system. For those reserves to actually create money, the banks actually have to lend those reserves out.

Now, while it might help central bank officials to sleep better at night by viewing “money” as currency in circulation that is far, far removed from the hundreds of billions of dollars of “bank reserves” they are creating, just as the word “printing” is used quite loosely, when most people hear the word “money” that word too has a rather broad definition.

The fact is that the Fed is buying something quite tangible – Treasury securities – with something that they create with the simple press of a key and, while this may not have been such a big deal over the many decades that it took to buy the first $800 billion in U.S. debt, the thought of continuing to do this to raise their total holdings to over $3 trillion in a stretch of a little over two years is what really has people freaked out.

No, this won’t cause high rates of inflation unless it gets out into the economy, but it could, and that brings us to the second reason why this tends to make people uneasy – the way the Fed measures inflation. Central bank economists tend to ignore important consumer items like food and energy, focusing instead on what they call “core” inflation where falling home prices that account for upwards of 40 percent of this index will insure that we won’t see much “inflation” there for some time.

So, we could have gasoline prices back at $4 a gallon and food prices rising rapidly, but we could still have “core” inflation rounding to 2 percent.

And that brings me to the second disturbing aspect of the interview, the cock-sureness that, should inflation become a problem, the Fed has both the tools and the gumption to take action.

Q: Can you act quickly enough to prevent inflation from getting out of control?

A: We could raise interest rates in 15 minutes if we have to. So, there really is no problem with raising rates, tightening monetary policy, slowing the economy, reducing inflation, at the appropriate time. Now, that time is not now.

Q: You have what degree of confidence in your ability to control this?

A: One hundred percent.

This strikes me as a massive “pulling the wool over America’s eyes” sort of promise where, particularly with the economy still weak and employment still high, there is huge leeway for the Fed to claim they are still meeting their inflation mandate (or are close enough to it), while most Americans will have a completely different perception about consumer prices.

I think Ben Bernanke just pulled a fast one on the American public.