Tim Iacono writes that the tax cut deal made in Washington is basically another $900 billion stimulus that doesn't address the major underlying problems in the economy. Meanwhile the US deficit will continue to climb. See the following post from The Mess That Greenspan Made. 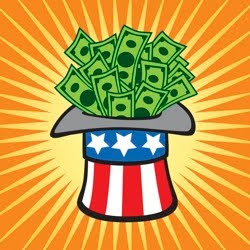 Of course, all the money that is about to gush from Washington will just get tacked on to the annual deficits for the next two years and the national debt. Here’s a breakdown of the costs from various sources around the internet:

Those last two were just guesses, but they’re relatively small and make the total come out to the widely publicized $900 billion total. I wonder what the deficit commission thinks of this.