Reducing government debt while strengthening the US economy is a monumental challenge, but Columbia University professor Joseph Stiglitz proposes a plan that aims to do just that. The plan would reallocate government spending to high-return public investments while creating a fairer and more efficient tax system. See the following post from Economist's View. 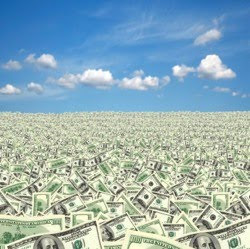 Joseph Stiglitz proposes a deficit reduction package that "boosts efficiency, bolsters growth, and reduces inequality," but it has little chance of being enacted because it goes against "corporate and other special interests that have come to dominate America’s policymaking":

Alternatives to Austerity, by Joseph E. Stiglitz, Commentary, Project Syndicate: In the aftermath of the Great Recession, countries have been left with unprecedented peacetime deficits and increasing anxieties about their growing national debts. In many countries, this is leading to a new round of austerity...

Technically, reducing a deficit is a straightforward matter: one must either cut expenditures or raise taxes. It is already clear, however, that the deficit-reduction agenda, at least in the US, goes further: it is an attempt to weaken social protections, reduce the progressivity of the tax system, and shrink the role and size of government – all while leaving established interests, like the military-industrial complex, as little affected as possible.

In the US..., any deficit-reduction agenda has to be set in the context of what happened over the last decade: a massive increase in defense expenditures...; growth in inequality...; underinvestment in the public sector, including in infrastructure...; and growth in corporate welfare, from bank bailouts to ethanol subsidies to a continuation of agricultural subsidies...

As a result, it is relatively easy to formulate a deficit-reduction package that boosts efficiency, bolsters growth, and reduces inequality. Five core ingredients are required. First, spending on high-return public investments should be increased. ... Second, military expenditures must be cut... Following this is the need to eliminate corporate welfare... Creating a fairer and more efficient tax system, by eliminating the special treatment of capital gains and dividends, is also needed. ... Finally, with more than 20% of all income going to the top 1%, a slight increase, say 5%, in taxes actually paid would bring in more than $1 trillion over the course of a decade.

A deficit-reduction package crafted along these lines would more than meet even the most ardent deficit hawk’s demands. It would increase efficiency, promote growth, improve the environment, and benefit workers and the middle class.

There’s only one problem: it wouldn’t benefit those at the top, or the corporate and other special interests that have come to dominate America’s policymaking. Its compelling logic is precisely why there is little chance that such a reasonable proposal would ever be adopted.

The successful objections to allowing the Bush tax cuts to expire for upper end taxpayers reinforces the claim that the deficit reduction agenda has been captured by powerful interests. Similarly with calls to increase the retirement age for Social Security, which is regressive, rather than the progressive solution of lifting the income cap on Social Security taxes. I'd be more confident about the deficit reduction process if I thought the White House would take strong stands to defend core Democratic interests. But it's clear that the administration folds as soon as the negotiations gets tough, and that it cannot be trusted to do this.