After Failing To Predict Crash, Economists Seek Out New Models

Although economists have lost credibility from their failure to predict the housing bubble and financial crash, some economists are still pursuing an economic model that will predict the next crash. New, more advanced models are being explored that simulate millions of agents who can make irrational decisions or disagree with each other. See the following post from The Mess That Greenspan Made.

If you want to get a little better understanding of h 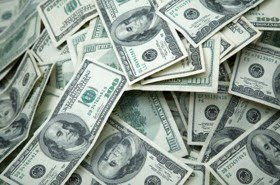 ow economists could have failed the world so miserably in recent years, missing what was the largest financial bubble in history as it inflated under their noses, have a look at this Wall Street Journal story about their latest efforts at introspection and how new and revised “models” of the economy and its actors might prevent the next catastrophe. Yeah, right.

How can we understand a world that has proven far more complex than the most advanced economic models assumed?

The question is far from academic. For decades, most economists, including the world’s most powerful central bankers, have supposed that people are rational enough, and the working of markets smooth enough, that the whole economy can be reduced to a handful of equations. They assemble the equations into mathematical models that attempt to mimic the behavior of the economy. From Washington to Frankfurt to Tokyo, the models inform crucial decisions about everything from the right level of interest rates to how to regulate banks.

In the wake of a financial crisis and punishing recession that the models failed to capture, a growing number of economists are beginning to question the intellectual foundations on which the models are built. Researchers, some of whom spent years on the academic margins, are offering up a barrage of ideas that they hope could form the building blocks of a new paradigm.

“We’re in the ‘let a thousand flowers bloom’ stage,” says Robert Johnson, president of the Institute for New Economic Thinking, launched last year with $50 million from financier George Soros, a big donor to liberal causes who has long been a vocal critic of mainstream economics. The institute so far has approved funding for more than 27 projects, including efforts by Messrs. Farmer and Tuckett aimed at developing new ways to model the economy.

Well, maybe, “let a thousand economists flounder” might be a better characterization…

Instead, they’ll likely come up with some new model or some new insight into human behavior that, ultimately, won’t be any better than the ones that went into the last models that couldn’t see the housing bubble, the credit bubble, or any of the bubbles that are currently being inflated.

They really ought to try some sort of “common sense” model, one that would have worked spectacularly well about six or seven years ago when people were buying houses they couldn’t possibly pay for based on their income alone. As noted in this report, academia is looking for ideas that are “out of the mainstream”.

The problem, says Mr. Farmer, is that the models bear too little relation to reality. People aren’t quite as rational as models assume, he says. Advocates of traditional economics acknowledge that not all decisions are driven by pure reason.
…
To keep things simple, economists leave out large chunks of reality. Before the crisis, most models didn’t have banks, defaults or capital markets, a fact that proved problematic when the financial crisis hit. They tend to include only households, firms, central banks and the government. They also commonly use a single equation to represent each player, impairing the models’ ability to explain the unexpected outcomes that can emerge when millions of different people interact.”You are limited by what you can solve,” says Mr. Farmer. “It puts the whole enterprise in a straitjacket.”

His proposal: Create a richly complex, computer-based simulation of the economy like those scientists use to model weather patterns, epidemics and traffic. Given enough computing power, such “agent-based” models can include millions of individual players, who don’t have to be rational or agree with one another. Instead of equations that must be solved, the players have open-ended rules of behavior, such as, “If I’ve just turned 55 and I’m feeling blue, I’ll buy a sports car.”
…
Some policy makers believe the agent-based approach to modeling the economy has promise. “I think the whole profession is much more open to these new approaches than it has been at any time in the past 20 years,” says Simon Potter, director of economic research at the Federal Reserve Bank of New York.The tough part is coming up with rules that bear some relation to reality. To that end, Mr. Farmer and three economists—Robert Axtell of George Mason University, John Geanakoplos of Yale University and Peter Howitt of Brown University—are hoping to involve dozens of experts on the behavior of consumers, investors and firms in a massive model-building project. Inputs could include everything from historical data to interviews.

“It’s going to be a very hard job that will require a lot of time and persistence,” says Mr. Farmer. He estimates that a proper agent-based model could take many years to build, but would cost a tiny fraction of the $1 billion a year the government spends on the National Weather Service. “This is not something you can do in your kitchen.”

Just to think that there is a large contingent of academics who think that they can sufficiently and accurately model human behavior to make models that can predict the next meltdown should give one pause.