Would Milton Friedman Have Supported QE2?

Would Milton Friedman have supported the Fed's recent round of quantitative easing? James Picerno points out an interview where Friedman, suggests that Japan should buy long-term securities to increase liquidity until the economy expands. See the following post from The Capital Spectator. 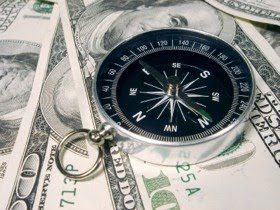 e case is closed over the debate about Milton Friedman and whether he would have supported the Fed's quantitative easing program: Yes, Friedman would have approved. The latest evidence is based on comments Friedman made in 2000. After reading the document, it's hard to disagree with Beckworth. Perhaps Alan Meltzer will retract his recent op-ed arguing that Friedman wouldn't have endorsed QE2.

Although the country under discussion was Japan, Friedman's analysis from a decade ago is relevant for the current macro challenges facing the U.S. Here's an excerpt from a Q&A with Friedman:

David Laidler: Many commentators are claiming that, in Japan, with short interest rates essentially at zero, monetary policy is as expansionary as it can get, but has had no stimulative effect on the economy. Do you have a view on this issue?

Milton Friedman: Yes, indeed. As far as Japan is concerned, the situation is very clear. And it’s a good example. I’m glad you brought it up, because it shows how unreliable interest rates can be as an indicator of appropriate monetary policy.

During the 1970s, you had the bubble period. Monetary growth was very high. There was a so-called speculative bubble in the stock market. In 1989, the Bank of Japan stepped on the brakes very hard and brought money supply down to negative rates for a while. The stock market broke. The economy went into a recession, and it’s been in a state of quasirecession ever since. Monetary growth has been too low. Now, the Bank of Japan’s argument is, “Oh well, we’ve got the interest rate down to zero; what more can we do?”

It’s very simple. They can buy long-term government securities, and they can keep buying them and providing high-powered money until the highpowered money starts getting the economy in an expansion. What Japan needs is a more expansive domestic monetary policy.