Inflation In China Continues To Rise Despite Cooling Measures

Cooling measures for Chinese real estate may have the unintended effect of increasing speculation in the short term. Government measurement of inflation is expected to come in at nearly 5 percent for the month. See the following post from The Mess That Greenspan Made for more on this. 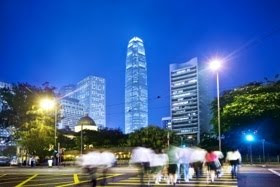 e investors squeamish these days, China’s little problem with rising prices seems to be getting worse, not better, this MarketWatch report detailing some of the unintended consequences of the government’s latest move to cool its housing bubble.

After a series of aggressive analyst forecasts for property prices in the next two years, it appeared as if the government was spurred into action. But it seems to have pleased no one with its 15% stamp duty on all properties bought and sold within six months.
…
At the same time, an executive at one of Hong Kong’s largest property developers stoked the controversy by unwittingly revealing the dynamics of local property as insiders see it.

Cheung Kong director William Kwok commented on Sina Weibo – a Chinese version of Twitter – that its new Festival City II development would not be affected by the measures. This incorrect claim led to a complaint that he was misleading the public.

Some of his additional comments were possibly more revealing about Hong Kong’s property market. “Quick quick quick … The world of speculation is welcoming you. If Hong Kong people do not buy, those rich people from the mainland should buy,” said Kwok before adding, “Merely by the appreciation of yuan, one can make big money. Hong Kong’s real estate [prices] can soar by 40 per cent in the future.”

As is usually the case, those in the midst of a financial bubble seem to be emboldened by initial government efforts to cool things off, something that the Chinese government is no doubt learning quickly. In other news, the official government measure of inflation is expected to come in at close to 5 percent this month as reported in Caijin and elsewhere. That should complicate things just a bit for policymakers in the Middle Kingdom.