With the Federal Reserves balance sheet ballooning to frightening levels, the previously unthinkable outcome of insolvency has crossed the minds of some economists. Although the Fed made $78 billion in profits for the government in 2010, it could easily lose hundred of billions later from bad assets it purchased. See the following post from The Mess That Greenspan Made.

No. Not unless they forget how to operate that 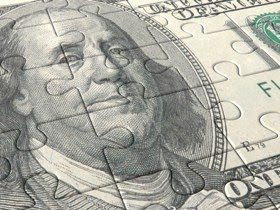 electronic printing press of theirs (which doesn’t seem likely after the last couple years), but that doesn’t stop people from questioning the solvency of the Fed since boom-to-bust seems to be a recurring theme for the central bank and they just handed over $78 billion in 2010 profits to the Treasury.

This Reuters story looks at some of the particulars behind the question beginning with one of the more interesting phrases used to characterize their recent activities – outer limits:

The U.S. Federal Reserve’s journey to the outer limits of monetary policy is raising concerns about how hard it will be to withdraw trillions of dollars in stimulus from the banking system when the time is right.

While that day seems distant now, some economists and market analysts have even begun pondering the unthinkable: could the vaunted Fed, the world’s most powerful central bank, become insolvent?

Almost by definition, the answer is no.

As the monetary authority, the central bank is the master of the printing press. It can literally conjure up money at will, and arguably did exactly that when it bought about $2 trillion of mortgage-backed securities and U.S. Treasuries to push down borrowing costs and boost the economy.

The Fed’s unorthodox steps helped it generate record profits in 2010, allowing it to send $78.4 billion to the U.S. Treasury Department. But its swollen balance sheet leaves the central bank unusually exposed to possible credit losses that could create a major headache at a time of increasing political encroachment on the Fed’s independence.

Along with its $66+ billion in Maiden Lane holdings (assets the Fed bought as part of the Bear Stearns/JPMorgan deal in 2008) that are guaranteed to produce a loss, someday, when they are marked to something other than fantasy or sold, about the only way the Fed can lose money is by selling debt securities in a rising interest rate environment.

If it ever does do that, it could easily lose hundreds of billions of dollars on its portfolio that will soon reach $3 trillion. What’s funny is that, when people talk about it they’ll say, “That’s taxpayer money you’re losing there!”, but, the money-printing-denier Fed Chief could then come back and say, “No. That’s not taxpayer money. That’s just money we printed up”.