California Governor Jerry Brown is calling for $12.5 billion in government cuts in addition to tax increases in order to fill the $25 billion shortfall. However, tax increases would have to pass a public vote which former Governor Schwarzenegger failed to get two years earlier. See the following post from The Mess That Greenspan Made.

The Associated Press reports the details of Governor 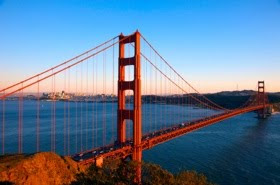 Jerry Brown’s budget plans for the Golden State, about an equal mix of spending cuts and tax increase extensions aimed at plugging a $25.4 billion gap over the next year-and-a-half.

Brown called for $12.5 billion in spending cuts, including reductions in welfare, social services, health care for the poor, community colleges and a combined $1 billion cut to the University of California and California State University systems.

Brown also wants the Legislature to call a special election in June to give voters an opportunity to continue increases in the income, sales and vehicle taxes for five years. The taxes were approved two years ago and are due to expire this year.

The taxes, along with proposed shifts in funding, would generate $12 billion in revenue if voters agree to an extension.

Brown said his spending plan for the fiscal year that begins July 1 is intended to end the state’s continual deficits and balance the budget for the next several years without borrowing money to do so.

“It’s better to take our medicine now and get the state on a balanced footing,” Brown told reporters in releasing his plan.

Recall that, almost two years ago, voters rejected tax hikes proposed by former Governor Arnold Schwarzenegger and the Gubernator’s downward spiral accelerated from that point on. The tax extension ballot initiative is already shaping up to be a good test case for “public sector union envy” in the West as “public sector pension envy” remains quite high.