Economist Joe Stiglitz sees a gloomy outlook for the US and global economy in 2011 as the wave of austerity results in slower growth. He is also surprised that the financial crisis did not significantly reduce confidence in the free market ideology, which is making a comeback in the austerity movement. See the following post from Economist's View.

Joe Stiglitz looks into his crystal ball. You probably won't like what he sees: 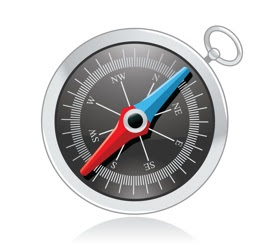 What Lies Ahead in 2011?, by Joseph E. Stiglitz, Commentary, Project Syndicate: ... The ... most important downside risk facing the global economy ... comes from the wave of austerity sweeping the world,... particularly in Europe... The outcome of premature fiscal consolidation is all but foretold: growth will slow, tax revenues will diminish, and the reduction in deficits will be disappointing. ...

With the US able to borrow at record-low interest rates, and with the promise of high returns on public investments after a decade of neglect, it is clear what it should do. A large-scale public-investment program would stimulate employment in the short term, and growth in the long term, leading in the end to a lower national debt. But financial markets demonstrated their shortsightedness in the years preceding the crisis, and are doing so once again, by applying pressure for spending cuts, even if that implies reducing badly needed public investments.

Moreover, political gridlock will ensure that little is done... To me, attempting to discern the economic prospects for 2011 is not a particularly interesting question: the answer is bleak, with little upside potential and a lot of downside risk. More importantly, how long will it take Europe and America to recover, and can Asia’s seemingly export-dependent economies continue to grow if their historical markets languish?

My best bet is that these countries will maintain rapid growth as they shift their economic focus to their vast and untapped domestic markets. ... I am not so bullish on Europe and America. In both cases, the underlying problem is insufficient aggregate demand. The ultimate irony is that there are simultaneously excess capacity and vast unmet needs ... that would work within long-term budget constraints. The problem is politics: in the US, the Republican Party would rather see President Barack Obama fail than the economy succeed. ...

In both Europe and America, the free-market ideology that allowed asset bubbles to grow unfettered – markets always know best, so government must not intervene – now ties policymakers’ hands in designing effective responses to the crisis. One might have thought that the crisis itself would undermine confidence in that ideology. Instead, it has resurfaced to drag governments and economies down the sinkhole of austerity.

If politics is the problem in Europe and America, only political changes are likely to restore them to growth. Or else they can wait until the overhang of excess capacity diminishes, capital goods become obsolete, and the economy’s internal restorative forces work their gradual magic. Either way, victory is not around the corner.

As I noted here, I think that free market ideology will have more influence over policy in the future, and that is to our disadvantage. Like Stiglitz, I am also surprised that the crisis did not "undermine confidence in that ideology." Its reemergence will slow the recovery over what we could have achieved with effective short-term fiscal stimulus and longer term fiscal consolidation, so I am not looking forward to a fast recovery either. Just the opposite. But to me the more worrisome prospect is what will happen if there's another economic crisis due to a financial meltdown or some other cause and the free market ideology is dominant. If policymakers sit on their hands and do nothing when the next big crisis hits, we will look back at this recession -- as bad as it was -- and realize just how valuable policy was at preventing an even worse outcome.