Jeff Nielson criticizes the Canadian government's management of the economy that has turned a perennial trade surplus with the US into a deficit, devalued the currency, and increased government debt to record levels. He argues that devaluing the currency is a poor solution as the decreased standard of living outweighs the potential growth in imports. See the following post The Street. 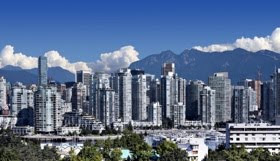 ative government can be summed up succinctly. It is spending vast sums of money aimlessly and racking up huge deficits while idly sitting back and waiting for the U.S. economic recovery.

It simply boggles the mind to contemplate the various degrees of this idiocy. Consider this: Cargo trucks busily stream back and forth across the U.S. border. Full trucks from the U.S. head north, while empty trucks from Canada head south.

Making this situation much, much worse, the conservatives have shown they are willing to engage in any and every form of self-sabotage of their own nation merely to try to salvage a dying trade relationship.

To subsidize the "cargo" of the empty trucks heading south, Bank of Canada Gov. Mark Carney has been doing everything possible to destroy Canada's currency with his near zero interest rates and anti-Loonie rhetoric so that the "cargo" in these empty trucks will be more affordable for Americans.

As regular readers understand, under the best of circumstances destroying one's currency in an attempt to stimulate trade is a losing equation, where the loss in the average standard of living, which is automatically caused by a decline in purchasing power, outweighs any minimal improvement in foreign trade.

At the same time, Canadians just heard that our prime minister is eagerly trying to throw away Canadian sovereignty by negotiating a "perimeter security deal," where the U.S. would permanently dictate to Canadians any domestic policy simply by the U.S. classifying it as a "matter of security."

And what is the supposed "justification" for this massive give-away of sovereignty? To quote the Globe & Mail, it is "a deal designed to ensure the vital trade flow between Canada and its largest trading partner is not choked-off by the aggressive U.S. security bureaucracy."

That's not a misprint. Canada, which has perennially enjoyed a multi-billion dollar trade surplus with the U.S., has lost that entire surplus and is now pointlessly throwing away our independence in a move that primarily benefits U.S. exports to Canada.

Quite obviously, with the U.S. now benefitting the most from our two-way (one-way?) trade, it is the U.S. that should show some flexibility. It is equally obvious that this "perimeter security deal" has nothing to do with improving the Canadian economy.

It is both ironic and despicably hypocritical that in the last election Stephen Harper repeatedly criticized the leader of the opposition Liberal Party (Michael Ignatieff) for not being "Canadian enough" - while he secretly has been doing everything in his power to end the existence of Canada as a sovereign nation.

Harper's fanatical obsession with getting even closer to the U.S. has caused him to totally ignore the economic boom in Asia and other developing economies. In the more than four years that his Party has held power, Harper has done nothing to improve our trading relationship with Asian nations.

If it weren't for the fact that Asian nations are desperate for many Canadian natural resources, especially oil, we would not be selling anything to these huge markets. In fact, under Harper's "leadership", shipments to the U.S. have sunk to their lowest level since 1982 while the percentage of Canadians employed in manufacturing (a mere 10%) has sunk to its lowest level in history , since we began keeping these records in 1976.

Meanwhile, it was only three weeks ago, that the Harper government set yet another all-time record for Canada's largest current account deficit, after this same government had shattered the record of the Mulroney regime in creating the largest deficits in Canadian history.

It's extremely obvious what Harper should do if he had a shred of integrity. He should resign after four years of the worst economic management in Canadian history and move to the U.S., where he can live out his dream of becoming an American.

Canada cannot afford one more minute of the gross economic incompetence of this "economist."

This post by Jeff Nielson has been republished from The Street, a site covering financial news, commentary, analysis, ratings, and business and investment content.
Posted by: NuWire Investor @ 5:50 AM