Although free markets are not perfect and why markets fail is subject to much debate, it is still better than any other alternative framework. James Picerno discusses why it is wrong to argue that the free market is an across-the-board failure. See the following article from The Capital Spectator. 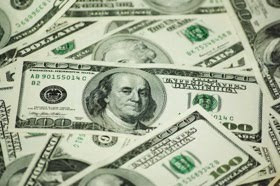 e market theory today in his New York Times column. The attack is anything but subtle. "Free-market fundamentalists have been wrong about everything…" Everything? Call me crazy, but I can think of one or two things that's productive about free markets. I suspect that I'm not alone.

Extremism is hard to defend, of course—from any angle. Arguing that free markets are an across-the-board failure is every bit as misleading as saying that, well, free markets flawlessly deliver optimal results now and forever.

Krugman's condemnation was focused on politics, and so it's fair to give him some leeway. There are lots of free market fundamentalists out there, and so one needs to be specific. This is hardly a unified bloc. Surely he's not making a grand argument against competitive markets generally. No one will confuse Krugman as a free-market ideologue, but he's no Marxist either. Like most economists and students of the dismal science, his views fall somewhere in the middle. Granted, the middle is a big place, as defined by the debates in America over the last generation. If you spend enough time in this middle realm, disagreements over policy prescriptions can look radical, even fanatical. But if Krugman truly finds no value in free market economics, it's not obvious in surveying the broad spectrum of his writings over the last several decades.

Of course, one can argue that certain politicians these days are abusing notions of free markets. Well, that's what politicians do sometimes--exaggerate reality for political ends. Shocking.

Still, free markets have taken a beating in recent years. Some of it was justified, but perspective is important. Free markets aren't perfect, but neither are the alternatives. In fact, most if not all of the competing frameworks for organizing economies are quite a bit worse, if not disastrous. That's hardly an extremist statement. Indeed, most economists argue as much.

The broader point is that attacking free markets as fatally flawed because the theory isn't perfect is like going on a hunger strike because the supermarket doesn't sell your favorite foods. You'll score points for embracing your ideals, but it's a contest with a dead end.

It'd be nice if there was an alternative to free markets that delivered economic triumph flawlessly. In that case, we could simply abandon capitalism and switch over to brand X. But perfection doesn't exist in economics. Ditto for the various choices for managing free markets. Rather, the best we can hope for is a system that produces the best results for the greatest number of people with minimal defects most of the time. Which system is that? The empirical record is pretty clear on how to answer the question.

But that still leaves plenty of room for debate on implementation. One could make a 30,000-foot argument that China and America both embrace free-market economics of a kind, but that's a far cry from arguing that the two systems are synonymous. The details matter. In fact, the closer you look at the two countries, the more you realize that the differences dominate. But, hey, it's common to talk about how China become a capitalist nation in recent years. Yes, but...

It's also topical to point out that free markets stumble at times. But even the critics are reluctant to throw this baby out with the bathwater. If you read some of the recent books that analyzed the limits of markets—John Cassidy's How Markets Fail: The Logic of Economic Calamities and Robert Barbera's The Cost of Capitalism: Understanding Market Mayhem and Stabilizing our Economic Future, for instance—you'll note that the authors stop short of abandoning free markets. Sure, the market's flawed, which means that it has a tendency to go haywire at times. Exactly why markets fail, to use Cassidy's term, is a subject of much debate. Suffice to say, no one's really sure of the answer, which is why recessions are a recurring problem.

But markets work most of the time, and quite a bit better than the alternatives. The real debate is how to optimize markets so that society can maximize the benefits, minimize the failures, and do so in a framework that doesn't end up killing the golden goose. That's been devilishly hard to pull off. Finding the sweet spot between creative destruction and a social safety net has been an epic question over the last century, but the solution still isn't clear without going too far in one direction or the other.

Yes, there are lots of good reasons to keep looking for answers and for thinking that progress on the margins awaits. But there are lots of risks too. In the long run, and quite often in the medium run and even the short runs, it's tough to beat markets. It's tempting to call markets irrational when they produce volatile results. And perhaps markets are irrational, although defining that is tricky.

In any case, it's still hard to generate superior results that exceed the collective choices of the crowd. That's patently obvious with investing strategies, a world where indexing—piggybacking on the market—tends to produce moderately above-average results over time. It's also true in macroeconomics. The national success stories that represent alternatives to free markets are in short supply.

That's no argument for blindly accepting free market theory as flawless. But let's recognize that markets are still the only game in town--warts and all. The bottom line: Beggars can't be choosy when it comes to economic paradigms.

This post has been republished from James Picerno's blog, The Capital Spectator.
Posted by: NuWire Investor @ 5:50 AM