With the Chinese government promoting gold ownership and an expected fall in demand for gold in India, China is poised to become the world's number one consumer of gold. Demand for gold in rural areas of India is expected to fall as consumers sell their gold and buy durables and appliances. See the following post from The Mess That Greenspan Made.

Those with a large stake in precious metals might wa 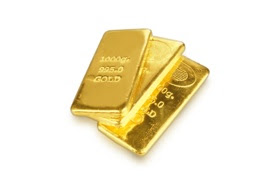 nt to pay close attention to the buying habits in rural India since, even though 2010 is expected to be a record year for gold imports, more and more reports are popping up about more and more Indians selling some of their gold to buy consumer goods and to take advantage of other investment opportunities. This Reuters story via Mineweb is typical of the lot.

Indian gold demand may diminish as consumers switch to other options

India’s gold demand will take a hit as increasingly prosperous rural consumers switch to other investment options and step up spending on discretionary items, setting the stage for China to overtake its neighbour as top consumer of the metal.

The Indian buyer has traditionally invested in gold as a hedge for bad times, but with prices of the metal soaring and a wave of strong economic growth swelling the country’s middle class, demand for consumer durables and appliances has spiked.
…
Demand for gold from rural areas that account for about 70 percent of annual consumption, which averages 550 tonnes, is likely to fall to 50 percent in coming years, industry watchers say.

It seems inevitable that China will overtake India as the world’s number one consumer of gold if for no other reason than that they’re moving up from a smaller base. While owning gold has been a cultural norm in both countries for centuries, recent moves by the Chinese government to encourage and facilitate gold ownership (something that most Americans would surely view as quite odd) is likely to make a world of difference in overall demand.

Anyone care to offer a theory as to why the Chinese government would promote gold ownership? I have my own that is deserving of its own post, perhaps next week…