Is The Fed Exceeding Their Authority?

Widespread criticism of the Federal Reserve from the US to around the globe has Fed officials in defense mode as they try to explain that they didn't intend to debase the dollar. The Fed is accused by some of exceeding their authority by influencing the international value of the dollar. See the following post from The Mess That Greenspan Made.

It’s no wonder calls are now being heard in Congress for a change to the Federal Reserve’s dual mandate of low unemployment and price stability since the central bank continues to have a rather myopic view of the world, 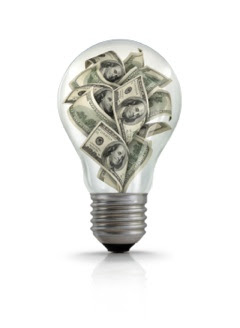 the most recent example being the defense of some $600+ billion in money printing as part of a second round of quantitative easing (now commonly referred to as QE2) as it relates to the 10+ percent plunge in the trade weighted U.S. dollar since the summer that has only recently reversed because the sovereign debt troubles in Europe are now looking even worse than the money printing in the U.S.

Not giving the central bank so much to think about today might be a good idea.

In fact, maybe a gold-backed currency would be an even better idea.

As Jim Grant noted in a NY Times op-ed over the weekend, the central bank would then have an even simpler job where it wouldn’t even concern itself with the level of consumer prices. Rather, it would have “the single public function of exchanging gold for paper or paper for gold” based on whether the public wanted one or the other.

Of course, such a system might put most – or, perhaps all – of Wall Street out of business, but that would just be an added bonus.

After a barrage of criticism in the two weeks since QE2 was announced to the world – not the least of which was the charge of “pursuing a policy of currency weakening” by former Fed Chief Alan Greenspan – in addition to the Fed worrying about prices and unemployment, it now seems to be spending an inordinate amount of time defending its latest money printing program and trying to make the case that a weaker dollar was not its intent.

The Fed’s goal, or so they say, was to strengthen the domestic economy and, with inflation quite low and unemployment far too high, printing upwards of another trillion dollars to buy U.S. debt over the next eight months seemed like the right thing to do.

Besides, despite its outsized impact on the international value of the U.S. dollar, that is not one of the Fed’s responsibilities – that job goes to the Treasury Department where decisions are made regarding how much and at what price U.S. debt will be sold. But, now that the Fed has became one of the biggest buyers of that debt, the central bank has become equally responsible for the national currency, a point that seems quite clear abroad, but one that is not recognized widely in the States.

But, back to the question of intent, does lack of intent really matter?

Just yesterday, Atlanta Fed President Dennis Lockhart took issue with the idea that the U.S. was attempting to drive the dollar lower in order to boost its export sector when he noted, “There is no monetary policy intent to engineer specific values — or even a direction– for the dollar … This policy was not undertaken to prompt dollar depreciation”.

Since the men and women at the Fed have proven themselves to be quite good at math and statistics but quite bad at applying these skills in the real world in order to prevent all sorts of financial market crises in recent years, let’s give them the benefit of the doubt on this.

Let’s assume that clipping a dime off of all those dollars circulating around the world wasn’t their primary goal.

But, shouldn’t they have considered the possibility that almost another $1 trillion in money printing would compel markets to sell the dollar?

It’s not like this is the first time this has happened.

Back in early-2009 when QE1 was announced, the U.S. Dollar Index dropped almost three percent within minutes as the gold price soared by more than $50 an ounce.

You’d think that, while discussing this amongst themselves, someone in addition to long-time dissenter Thomas Hoenig of the Kansas City Fed (who doesn’t seem to like anything the Fed has done lately) would have said something like, “You know. Lots of central banks are tightening right now and if we announce another major money printing program, that’s probably going to sink the dollar and then we’re going to catch hell from somebody”.

Whether the Fed’s intent was to drive the dollar lower is almost irrelevant.

They have once again displayed to the world that, while perhaps being quite good with math and statistics, they are increasingly out of touch with the real world, a condition that seems to be getting even worse after allowing multiple devastating asset bubbles to inflate and burst over just the last ten years.

It seems that the Fed has become even more myopic since the Greenspan days and the planet would probably be better off if it was given less power and fewer things to think about, not more.

This post has been republished from Tim Iacono's blog, The Mess That Greenspan Made.
Posted by: NuWire Investor @ 5:51 AM