Should The Fed Chairman Stay Away From Discussing Fiscal Policy?

According to a Bernanke speech, the biggest fiscal challenges that the US faces are the aging population and rising health care costs. Some economists are critical of the remarks because the Fed Chairman is operating outside his area of responsibility by suggesting specific fiscal policies. See the following article from Economist's View. 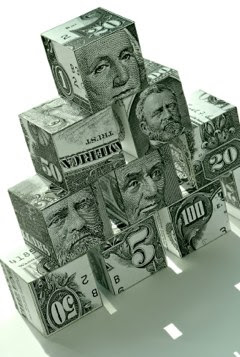 by Calulated Risk: This speech isn't worth reading for substance (Ben Bernanke is clueless on budget issues), but it reveals something about Bernanke.

Bernanke never mentioned "PAYGO" when he was head of the Council of Economic Advisors in 2005. In fact Bernanke barely mentioned the deficit in 2005 - except in postive terms - even though the structural deficit was in place and the cyclical deficit was coming (because of the housing bubble). I wonder why? Well, he missed the housing bubble completely - but what about the structural deficit?

Our fiscal challenges are especially daunting because they are mostly the product of powerful underlying trends, not short-term or temporary factors. Two of the most important driving forces are the aging of the U.S. population, the pace of which will intensify over the next couple of decades as the baby-boom generation retires, and rapidly rising health-care costs.

This is an issue that 1) is outside of Bernanke's area of responsibility, 2) he has promised not to discuss, and 3) he has zero credibility on. Enough said.

On fiscal policy issues, I believe Bernanke should explain the choices the Fed would face under various fiscal scenarios, and how the Fed would be likely to react -- that's information Congress and the president need to make informed fiscal choices. But he shouldn't recommend one budget path over the other except as it affects monetary policy choices (search the speech for "money" or "monetary" and see how many times they come up, or try "inflation" -- try to find anything at all in the speech about the consequences of the current projected budget path for monetary policy). And he certainly shouldn't be trying to dictate how a particular budget choice should be achieved (e.g. he identifies "a top priority" that includes reduced "government health spending"). Why politicize the Fed unnecessarily by talking using examples such as changing the retirement age for Social Security -- people might wonder why you didn't choose to mention, say, raising the income cap instead -- especially at a time like now when the Fed has a critical role to play in the economy?