Japan's severe economic crash in 1989 was followed by little progress over a decade despite about $1.5 trillion in stimulus spending. Too much support by the government in certain industries may have played a significant role in Japan's economic problems. See the following article from The Street. 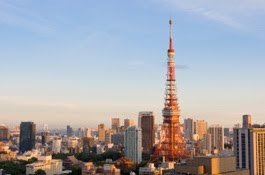 s valuable lessons for the U.S. and Chinese economies.

In the 15 years starting in 1965, Japan increased its GDP from $91 billion to $1 trillion. In 1987, when I started my doctoral dissertation on Japanese management practices, the cash-rich Japanese had purchased Pebble Beach, Rockefeller Center and had started gobbling up banks. Many observers were convinced that there would be no stopping Japan. Then in 1989 it ended abruptly when Japan's stock and real estate bubbles burst.

In an attempt to restart its failed economy, the Japanese government bailed out large banks, adopted Keynesian stimulus policies and cut short-term discount rates to slightly more than zero and held them there for years.

Ten years later, in 1999, Japan's stimulus expenses exceeded $1.5 trillion, with few economic gains. Today, Japan's debt is 192% of GDP, the highest of all G20 countries. And in the first decade of the new millennium, Japan's inflation-adjusted GDP growth is just .22%. Japan fell and still cannot stand up.

What Accounted for Japan's Rise to Greatness?

Japan's productivity in 60s and 70s was among the world's best. It's early adoption of operational innovations like Statistical Process Control and fierce competition among local rivals drove remarkable growth in its strongest industries.

A prime example is the intense motorcycle industry wars between Honda Motor(HMC_), Yamaha and Suzuki. Another example is the competition between Sony's(SNE_) Betamax and a host of VCR manufacturers. Competition increased strength, but not all industries were competitive.

What Made Japan's Economy Collapse?

Ten years after the collapse of "the Japanese miracle," Harvard professor and strategy guru Michael Porter and Japanese professor Hiroshi Takeuchi conducted an autopsy. Their findings, reported in the book Can Japan Compete? identified several causes for economic failure. The most pernicious was government intervention in the free market.

In Japan's boom years, one of the country's most prestigious jobs was in the Ministry of International Trade and Industry (MITI). MITI hired only 1 in every 10,000 job applicants. MITI's role was to formalize a partnership between government and industry for the greater good of the country. MITI set production goals (e.g., doubling steel production in five years), assigned company quotas and arranged for banks to provide funds. MITI forced cooperation between companies and protected target industries from international competition. Supporters of free-market economics in other countries cried foul, but Japan continued undaunted. The government's philosophy was:

1. Exports drive national wealth.
2. The government must support industries that will increase exports.
3. Competition is wasteful, destructive and should be avoided.
4. Industries sheltered in Japan will invest big profits at home to capture buy international market share.

Porter and Takeuchi's detailed research revealed a dramatic contrast in the performance of industries that weren't the target of government influence vs. those that were.

Ironically, in virtually every industry the government supported, Japanese companies never became globally competitive. These include: aircrafts, financial services, pharmaceuticals, chocolates, software, nonelectronic consumer goods and foods. In other supported industries (such as airlines, retail banking, telecommunications, general merchandise, retailing and restaurants), Porter and Takeuchi found that worker productivity was 40% below U.S. standards. Porter and Takeuchi assert that the "government's role should be to improve the environment for productivity and competition, not to get directly involved in the competitive process." They go on to suggest that governments must ensure that weak businesses can fail. Failures are vital for a healthy capitalist system.

China's new economic power emerged from aggressive free market capitalism. The transformation began in southeast China. On May 1, 1980, Deng Xiao Ping designated Shenzhen, a small fishing village, to be China's first "Special Economic Zone" a place with more liberal economic policies and flexible government measures. It's now a city of 9 million. Deng's famous quote, "To get rich is glorious" turned communism on its head. Today, China cultivates new businesses in 19 Special Economic Zones. Remember how it took Japan only 15 years to grow its GDP from $91 billion to $1 trillion in the 60s and 70s? Well, it took China only 13 years to grow its economy that much.

Like Japan of the 60s, manufacturing dominates China's economy, and its current source of competitive advantage is high productivity, as measured by cost per unit. This is largely driven by low wages. However, like Japan decades ago, Chinese wages are on a rapid rise. Last summer, Beijing raised its minimum wage by 20%. Foxconn, the company that manufactures iPods, increased salaries by 66%, and Honda increased salaries in its southeast China factories by 30%.

So far, China's economy has grown rapidly, increasing its citizens' standard of living. This has created a predictable real estate bubble. Today, in large Chinese cities a rapidly decreasing number of people can afford housing and those on the edge do whatever it takes to get in now. Sound familiar?

Since the global financial crisis of 2008, China's central and local governments have continually increased their reach into the free market, in an echo of Japan's policies. The New York Times recently reported that the Chinese government is pumping public money ... "in companies that it expects to upgrade the industrial base and employ more people. The beneficiaries are state-owned businesses that many had assumed would gradually wither away in the face of private-sector competition."

Newsweek reported, "The government is building what the government calls 'national champion' state-owned enterprises -- market leaders like Sinopec and CCTV -- that it hopes can compete successfully abroad with firms like BP(BP_) and CNN (a unit of Time Warner(TWX_). The article suggests that China's central government may be following Japan's by choosing winners and losers.

Paradoxically, too much support produces weakness. Be it companies, people, animals or plants, long-term strength comes from competition and struggle.

"The tree that never had to fight for sun and sky and air and light, never became a forest king, but lived and died a scrawny thing." -- Douglas Malloch

This article by Brad Hall has been republished from The Street.
Posted by: NuWire Investor @ 5:49 AM