Is Public Confidence At Risk Of Collapsing?

There are people who will never believe that financial crises can be driven by a loss of confidence. These are the type of people who have faith in the technocratic machine in the face of overwhelming evidence that it has failed miserably. Sure I would love to believe the world is orderly and that we can turn a couple of knobs to amend errors, but this notion is empirically false. What I am 99% sure we will see is a complete collapse in public confidence that will have our leaders in a state of panic.

Confidence underpins the dollar and bond markets, and determines whether people will take out 30-year forward money on a home. It will help determine rates of inflation. In times like these, confidence is everything.

The government is losing all credibility and is seriously undermining confidence. You can't take anything they say seriously anymore. Yesterday the NBER declared the end of the recession was in June of 2009. I must say, I'm curious to see what indicators they are using. I am confident this is going to be one of the great contrarian indicators of all time. On a scale of 1 to 100, the level of delusion right now is at about 150. 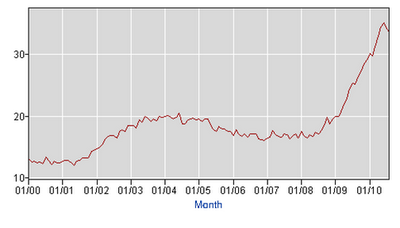 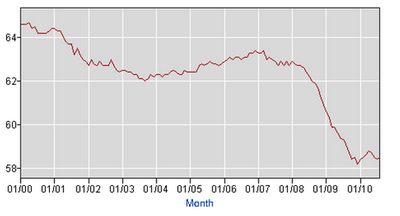 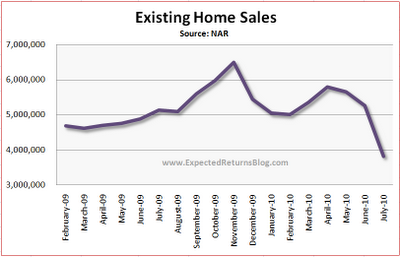 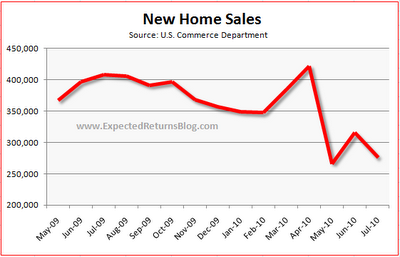 There is a direct correlation between the dramatic rise in our national debt and the expansion of the public sector. There is going to be a collapse in the public sector- guaranteed. When people lose their previously unassailable "safe" jobs, confidence will dip dramatically.

The interesting thing about the public sector bubble is that it is self-perpetuating. Salaries dispensed to public sector employees are included in the government spending component of GDP. But consumption expenditures by citizens are calculated into GDP without distinguishing between the public and private sector. In effect, an inflated public sector creates a distorted picture of the accounts of our economy. The government is essentially taking money out of one pocket, putting it in another, and magically creating two pockets that are full! This is the kind of bs only the government can pull off with a straight face. So for those of you wondering why GDP is rising even when the economy is obviously in the pits, this is one of the reasons. Flawed economic reporting creates a loss of confidence.

Those of us who are not mesmerized by esoteric nonsense coming from economists know that a major crisis is developing. You can label me whatever you want, but I am just telling you the truth. If anyone can point me to a time in history when a similar level of borrowing relative to expenditures and accumulated debt didn't eventually lead to a debt crisis, please do so. I would love to be enlightened. However, I know there is no enlightenment forthcoming.

It is axiomatic that you reap what you sow. There are consequences to the actions taken today. The economy will undoubtedly deteriorate due to government mismanagement. For example, President Obama is proposing an increase in taxes on higher incomes. Well guess what? You are taxing small business owners and removing any margin they had in a sterile credit environment. In an already feeble economy, the government is adding another layer of uncertainty. Policy makers live in a linear world where their decisions will not have real effects on the psychology and actions of people. The net effect of such stupidity? A loss of confidence.

You can believe all the nonsense about Obama creating 6 million jobs or whatever number he pulls out of his hat, but his comments are farcical when the unemployment rate is hovering around 10%. Please take a look at this NY Times article about unemployed Baby Boomers. This is truly a sad situation- and it's getting worse. There is a serious disconnect between our government and the average person on the street. Why is food stamp usage at record highs? Why did unemployment tick up in 27 states last month? How the government can get away with calling this an economic recovery is anyone's guess.

Nearly everything the government predicted about our economy last year has been wrong. It's no surprise then that confidence in President Obama and Congress is at historic lows. Anyone expecting a reversal in confidence to the upside is nuts. We haven't even seen the bond market bubble pop yet- when it does, then you all will understand what the collapse of confidence means.

I don't have time for sugarcoating and making overly optimistic forecasts; I am just going to tell you the truth. Some of you will recognize the truth, others will be baffled by it. It's not my fault if people lack discernment. What I see coming is as clear as day: Confidence will fall off a cliff and gold will go to record highs. All of you should get prepared for a wild ride.