How Extending Tax Cuts To The Wealthy Can Produce Growth

Peter Schiff writes in The Street that he disagrees with Obama's claim that tax cuts for the wealthy is not an efficient way to produce economic growth and job creation. Schiff reasons that increased private savings by the wealthy would help finance capital investment that is vital for growth. See the following post from The Street.

In defending his administration's efforts to combat the 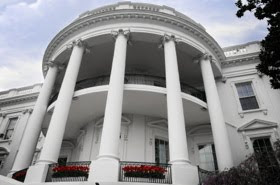 recession while raising expectations about the future success of his policies, President Obama echoed the assumptions of most economists who mistakenly believe that government and consumer spending offer the best remedy for economic weakness.

In reality, what the country sorely needs are more private savings and more business investment. However, taxes paid by the wealthy will directly diminish the savings available to finance capital investment, which is vital to producing the economic growth and job creation the president claims are his goals.

By continuing to tout the benefits of middle class tax cuts and to downplay the risks of tax increases for upper income Americans, the president underscores this unfortunate, but politically palatable, misunderstanding.

By continuing to run up irresponsible deficits, which will do nothing to engender true recovery, while doing nothing to plan for a withdrawal of either fiscal or monetary stimulus, the president will ensure that his successor will inherit an economy that is even weaker than the one he was handed two years ago.

The president also took time to heap scorn on those businesses who use capital to create jobs overseas, yet neglected to address the increasing cost and regulatory complexity of doing business in the United States.

Until we can lower regulatory burdens, and bring down some of the highest corporate tax rates in the world, America will be an increasingly hostile market to invest.

This post by Peter Schiff has been republished from The Street.
Posted by: NuWire Investor @ 5:53 AM