Obama argues that giving tax breaks to the wealthiest Americans is the least efficient way to stimulate the economy, but support for Obama's plan is divided. Economists and corporations are split on the changes and even some democrats question the plan. See the following post from The Street. 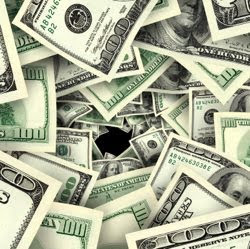 ht speech about sparking the U.S. economy was that the Democrats came out swinging -- but for investors, the political rhetoric is less important that which way the economy and their portfolios will swing based on the specific policy ideas enacted by the government.

The biggest showdown is between extension of the Bush era tax cuts for those individuals making more than $250,000 a year -- which President Obama continued to use as a personal punching bag as part of the Democrats' swinging -- and the Obama administration plan to give the economy a kick by investing hugely in infrastructure projects and providing tax incentives for job creation.

Democrats argue the Bush-era tax cuts only serve to increase the wealth divide in the country at the heart of the economic inequalities that have built up in the system. Many fiscal conservatives view the Bush era tax cuts, particularly at a time of weak consumer spending, as a much-needed boost to the personal pocket book of the U.S. citizen, and in fact a means keeping the economic recovery on track.

In the case of the Bush-era tax cuts for those making more than $250,000, it's trickle-down economics from the Republicans, and Main Street rhetoric about bridging the income gap from the Democrats, led by President Obama. Obama, never one to shy away from rhetorical flourishes about the American dream, invoked both his single mom and Michelle Obama's handicapped father as examples of the hard work and individual responsibility that is at the heart of individual success in the U.S.

Of course, when it comes to investment portfolios, faith in the American vision of an individual picking themselves up by the proverbial bootstraps and engineering their own success is not what the current debate is really about. In fact, it's about how to engineer, at the level of the federal government, the raising up of the bootstraps of the unstable American economy.

Even the talk about the Bush-era tax cuts is not as simple as the typical rhetoric suggests. As noted in an analysis of the income gap in The New Yorker magazine by financial columnist James Surowiecki, the income gap in the U.S. is large and getting larger, and that's a real problem, but the $250,000 cut-off as the indicator of the gap is a flawed number. The real income gap, and the real tax outliers that are reaping the benefits of uneven income distribution, exist at a level of income well above the $250,000 over which the Democrats have drawn a line in the sand.

The other big number is the $180 billion in tax breaks and infrastructure spending that President Obama proposed this week. Tax incentives for research and development, and corporate write-offs will cost $130 billion over the next decade. At the same time, President Obama wants to close tax loopholes for oil and gas companies, as well as for multinational companies that evade U.S. tax bills based on payments made to overseas tax regimes.

President Obama says that there are a range of policy ideas that provide better ways to spend federal money than extending the Bush era tax cuts. How the administration will pay for these policy ideas, though, remains an open question.

In an interview with ABC's Good Morning America on Wednesday, President Obama said probably the least efficient way of giving the economy a boost is to give large tax cuts to millionaires and billionaires.

Yet even some Democratic congressman on Capitol Hill are distancing themselves from the Obama plan to increase the deficit. Economists, too, are not surprisingly divided over whether the new stimulus package will result in the job growth that the Obama administration talks about.

The $50 billion in infrastructure spending may seem like President Obama is paving a road with old, as opposed to innovative ideas, to revive the U.S. economy.

Meanwhile, corporations are split over whether the tax incentives merit the threat of losing the favorable tax treatment for overseas operations.

IBM(IBM) made the case earlier this year that it is more worried about a higher tax bill than being offered R&D tax credits.

In 2009, executives at Cisco(CSCO), Caterpillar(CAT) and Intel(INTC) joined forces to protest additional taxes on multinational companies.

Yet on the other side of the corporate divide, U.S. bellwethers including GE(GE), American Express(AXP) and Bank of America(BAC) were part of a corporate group that penned a letter to Capitol Hill during the summer voicing support for the tax incentives, as noted in a report on Thursday in The Washington Post.

Without question, the Democrats have seen faith from the U.S. public in the party's economic policy wane.

In a new Washington Post-ABC poll, 43% of voters said they prefer Republicans on financial issues, compared with 39% for Democrats. That's the first time that the Republicans have come out ahead on that poll question since 2002. But we're more interested in which policy idea TheStreet readership thinks is more important to keeping the U.S. economy from slipping into a protracted recession.