The dollar has fallen 8 percent in the past 2 months which is contributing to higher oil prices and strength in gold. Meanwhile the stock market may continue to climb despite high unemployment as it did during the Great Depression when the Dow gained 300 percent when unemployment was still at 15 percent. See the following post from Expected Returns.

There is no better time to be bullish than when everyone around you is screaming deflation and calling for a stock market collapse. I get the feeling that bears believe this current rally is unjustified, and they will start predicting new lows on the Dow again. Sorry, but I don't think that's happening. I stand by my belief that we are going higher.

I've noticed a lot of people have been shorting this whole move up from 1010 to 1115 on the S&P, which makes no sense to me. Stock market bears will have to explain to me how stocks are going to collapse in the face of a dollar that is rolling over. Don't look now, but the dollar is down over 8% in the past 2 months. We have already retraced 50% of the rally from the December lows, and there appears to be more weakness ahead. A drop below 80 and there is a good chance we retest the lows. 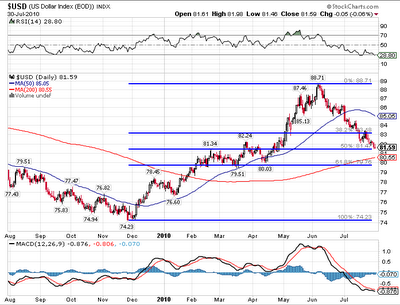 Meanwhile, gold is starting to show some strength. Those with the discipline to buy into last week's sell-off are sitting pretty. On the other hand, those who listened to the deflationists of the world are part of the herd that piled onto the short side just before a snap back move upward. 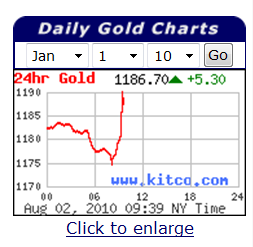 Crude oil has recovered nicely from its steep decline from $87 to $67 in May. Crude oil is one of the purer anti-dollar trades at this point, so the recent move from $67 to $80 is merely reflecting dollar weakness. If the dollar retests its lows, we will see $100 oil again. This obviously doesn't bode well for the U.S. consumer. 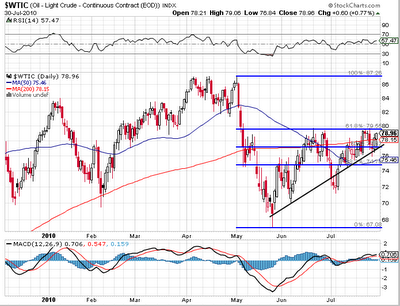 Based on the divergence between the economy and markets, you can see why people would be confused. Economic indicators are all coming in weaker than expected and unemployment remains stubbornly high- yet the market is melting up. Deflationists in love with meaningless indicators like the Phillips curve (inverse relationship between unemployment and inflation) believe economic weakness will lead directly to stock market weakness. They are focused on the demand side when the elephant in the room is the value of the dollar.

Remember that stocks bottomed in 1932 during the Great Depression while unemployment remained elevated. In fact, unemployment was still sitting at 15% after the Dow rallied 300%. So don't conflate the economy and stocks or you are going to miss some massive rallies. 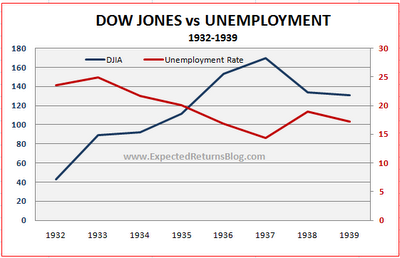 As you know, I believe the best way to play this is with gold and silver equities. I really don't understand the bearishness surrounding gold. If the reflation trade is back, gold will do well. If sovereign debt concerns return, gold will do well. About the only way gold will fall is if there is a magical economic recovery attended by a rise in public confidence. If you really think this is a possibility at this point, I encourage you to go short while I buy. It won't be too long before we find out who's on the right side of the trade.

This post has been republished from Moses Kim's blog, Expected Returns.
Posted by: Economist's View @ 5:50 AM