The Economist's Argument Against Doing Nothing

Economists Mark Thoma and Paul Krugman discuss the decision by politicians to focus more on reducing the deficit than helping the unemployed and why they believe this is a poor decision. Krugman also argues that the Fed's decision to not take action doesn't align with one of the main goals of the Fed which is to promote full employment. See the following post from Economist's View for more on this. 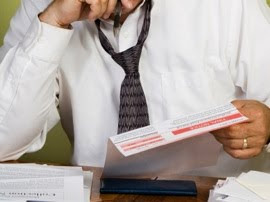 Before the crisis hit, the dynamic nature of the US economy was cited as one of its strong points by free marketeers, especially in comparison with European economies. Economic shocks, we were told, would be bring about a quick adjustment in a relatively free economy like the US. There was no need for government intervention. The price system would send the necessary signals and in no time at all the economy would be back at full employment running just as well, if not better, than before. That is, so long as things like oversized government, social insurance, and unions don't get in the way (like they supposedly do in Europe).

So it will be interesting to see if the same people who promoted the economy's ability to quickly respond to shocks and reabsorb unemployed labor and other resources now blame structural factors for the slow recovery, particularly the slow reabsorbtion rate for labor. As noted below by Paul Krugman, blaming structural factors serves as an excuse for the Fed and Congress to say there's nothing more they can do to help, the economy will just have to heal on its own. Some people will also try to blame government for the slow recovery in order to resolve the inconsistency between their prior claim that the US economy could handle anything thrown at it (citing things like 911 and Hurricane Katrina as examples), and the slow recovery that we are actually experiencing. They'll say it's unemployment compensation stopping people from working, fear of deficits, uncertainty surrounding regulation, etc., etc.

Thus, we'll hear that it's structural factors, it's government, it's whatever it takes for policymakers to rationalize why they shouldn't do any more (and hence avoid any associated risks, real or perceived). And it's whatever it takes, real or imagined, evidence based or not, for those who oppose government intervention generally, and government spending most particularly, to stop any further action to help the economy and to discredit what has already been done:

Defining Prosperity Down, by Paul Krugman, Commentary, NY Times: I’m starting to have a sick feeling about prospects for American workers — but not, or not entirely, for the reasons you might think.

Yes, growth is slowing, and the odds are that unemployment will rise, not fall, in the months ahead. That’s bad. But what’s worse is the growing evidence that our governing elite just doesn’t care — that a once-unthinkable level of economic distress is in the process of becoming the new normal. ...

First, we see Congress sitting on its hands, with Republicans and conservative Democrats refusing to spend anything to create jobs, and unwilling even to mitigate the suffering of the jobless.

We’re told that we can’t afford to help the unemployed — that we must get budget deficits down immediately or the “bond vigilantes” will send U.S. borrowing costs sky-high. Some of us have tried to point out that those bond vigilantes are ... figments of the deficit hawks’ imagination... But the fearmongers are unmoved: fighting deficits, they insist, must take priority over everything else — everything else, that is, except tax cuts for the rich, which must be extended, no matter how much red ink they create.

The point is that a large part of Congress — large enough to block any action on jobs — cares a lot about taxes on the richest 1 percent of the population, but very little about the plight of Americans who can’t find work.

Well, if Congress won’t act, what about the Federal Reserve? The Fed, after all, is supposed to pursue two goals: full employment and price stability, usually defined in practice as an inflation rate of about 2 percent. Since unemployment is very high and inflation well below target, you might expect the Fed to be taking aggressive action to boost the economy. But it isn’t.

It’s true that the Fed has already pushed ... short-term interest rates, its usual policy tool,... near zero. Still, Ben Bernanke ... has assured us that he has other options... But the Fed hasn’t done any of these things. Instead, some officials are defining success down.

For example, last week Richard Fisher, president of the Federal Reserve Bank of Dallas, argued that the Fed bears no responsibility for the economy’s weakness, which he attributed to business uncertainty about future regulations — a view that’s popular in conservative circles, but completely at odds with all the actual evidence. In effect, he responded to the Fed’s failure to achieve one of its two main goals by taking down the goalpost.

He then moved the other goalpost, defining the Fed’s aim not as roughly 2 percent inflation, but rather as that of “keeping inflation extremely low and stable.”

In short, it’s all good. And I predict — having seen this movie before, in Japan — that if and when ... below-target inflation becomes deflation, some Fed officials will explain that that’s O.K., too. ...

Here’s what I consider all too likely: Two years from now unemployment will still be extremely high, quite possibly higher than it is now. But instead of taking responsibility for fixing the situation, politicians and Fed officials alike will declare that high unemployment is structural, beyond their control. And ... over time these excuses may turn into a self-fulfilling prophecy, as the long-term unemployed lose their skills and their connections with the work force, and become unemployable.

I’d like to imagine that public outrage will prevent this outcome. But while Americans are indeed angry, their anger is unfocused. And so I worry that our governing elite, which just isn’t all that into the unemployed, will allow the jobs slump to go on and on and on.