How To Profit From The Fed's Low Interest Rates

Since we know that the Fed plans to keep interest rates low for an extended period, how can investors put that information into use to grow profits? Dr. Steve Sjuggerud of Daily Wealth suggests looking to places like Hong Kong where developers can borrow at ultra-low rates and put the money to work in a fast growing economy. See the following post from Daily Wealth.

Last month, I told you the folks at the U.S. Fed 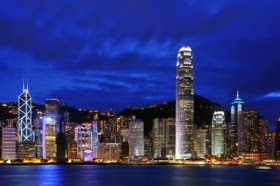 eral Reserve – the people who set short-term interest rates in the U.S. – showed us their cards...

In short, Fed Chairman Ben Bernanke will keep money as "easy" as possible, for as long as possible. And interest rates will remain below 1% for longer than anyone else believes...

This will create new bubbles. Bernanke won't care... They'll just be the collateral damage of his efforts to fix the U.S. economy.

Where will the new bubbles form?

The thing is, the U.S. interest-rate policy might not always be the right policy for Hong Kong. If Hong Kong and China are soaring, low interest rates in Hong Kong might not make sense. But its currency board is a "straightjacket" for Hong Kong.

Will Hong Kong try to get out of the straightjacket? No. Asked about it earlier this summer, the Hong Kong Monetary Authority responded: "We have no plan to alter the USD/HKD peg as the currency regime has been effective."

The Fed cut rates to these crazy-low levels four times in history...

The Fed cut rates to crazy levels again in late 1984 and in mid-1991. In both of those cases, if you'd bought when the spread got wide, you'd have made three times your money in Hong Kong stocks – again in three years or less.

The spread got wide again in mid-2001. The market didn't bottom in that case until 2003, but then it went on to double.

In the last year, the U.S. interest-rate spread has gotten as wide as it's ever been. In April of this year, the spread went to around 3.5 percentage points. A month later, the Hong Kong stock market hit a low for the year and has rallied.

These Hong Kong developers are in a unique position... They can borrow money at ultra-low U.S.-type interest rates because of their currency system. And they put that money to work in the world's fastest growing economy. But right now, most Hong Kong property developers are trading at a 30% discount to net asset value.

True Wealth readers have already made great gains with a basket of these developers through an exchange-traded fund called the Claymore/AlphaShares China Real Estate Fund (TAO).

The stocks in this fund are cheap! According to Bloomberg, the average price-to-earnings ratio of the portfolio is 7.65. I think even bigger gains are on the way.

It might sound crazy that a high-return, low-risk way to take advantage of the Fed's crazy interest rate policy is to buy Hong Kong property developers. But it makes perfect sense – and history shows huge gains are possible.

This article has been republished from Dr. Steve Sjuggerud's blog, Daily Wealth.
Posted by: NuWire Investor @ 5:52 AM