Moses Kim discusses the poor housing market that is struggling despite the lowest mortgage rates on record. He points out that historically, housing cycles often last decades rather than a few years. See the following post from Expected Returns.

In the midst of all the blind enthusiasm towards ho 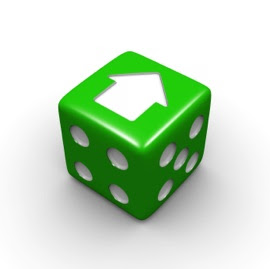 using last year, I steadfastly held to my belief that housing was set for another leg down. It was, to put it simply, presumptuous to believe that a housing bubble would resolve itself in 2 years when real estate down cycles often last decades. As I've expected, 2010 is the year that reality sets in again. From the WSJ, Housing Market Stumbles:

The housing market, whose collapse pulled the economy into recession in late 2007, is stalling again.

In major markets across the country, home sales are deteriorating, inventories of unsold homes are piling up and builders are scaling back construction plans. The expiration of a federal home-buyers tax credit at the end of April is weighing on the market.

Economists aren't singling out one reason for the stalling housing market. A variety of factors have led to flagging confidence, they say, including sluggish labor markets, global economic turmoil and falling stock prices.

It is interesting that the article points to flagging confidence since confidence is indeed collapsing. And confidence won't return until jobs do. I'm talking about real jobs, not the phantom birth/death model jobs created by our government.

Even falling interest rates aren't enough to whet consumer appetites for housing. Last week, the average rate on a 30-year fixed-rate mortgage was quoted at 4.57%, according to Freddie Mac, the lowest since its survey began in 1971. But demand for home-purchase mortgages sits near 14-year lows, according to the Mortgage Bankers Association, down 44% over the past two months.

The government last fall extended tax credits worth up to $8,000 to home buyers who signed contracts by April 30, causing sales to surge early this year. Those buyers had until June 30 to close their sales until Congress, concerned that the backlog of sales wouldn't close in time, extended the deadline through September.

Analysts long expected the withdrawal of a federal tax credit, which had juiced sales, to lead to a slower-than-usual summer.

"It's the magnitude that's been the issue,'' says Douglas Duncan, chief economist at Fannie Mae. "The drop-off in activity has surpassed expectations.''

The housing market is on life support even with 4.57% 30-year mortgage rates, which is confounding level 1 thinkers. This goes to show you why interest rates are a useless indicator when uncertainty prevails. The same flawed logic goes for the stock market, where investors are apparently expected to gamble their life savings away because of a percentage point drop in rates. But any cut in interest rates must match the lowered expectations of future returns in times of crisis. So in a time of very low real return expectations, there is nothing monetary policy can do.

The government pushed taxed credits as a way of restoring housing. Now that housing has undeniably stalled, they cannot admit they have failed. They continue to justify their actions by saying things would have been worse. They refuse to listen to people who said all along that their programs would fail, and more importantly, why they would fail.