The debate over whether another recession is likely to occur is heating up with a wide range of opinions on the level of risk. Some economists and analysts are seeing the risk increasing due to the reduction of government stimulus but others say that that the economy is headed for moderate growth. See the following post from The Capital Spectator.

Beauty is in the eye of the beholder, and so is t 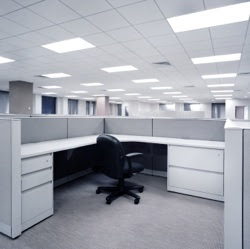 he risk (or lack thereof) for recession. Almost everyone agrees that the threat of a new economic contraction is higher today than it was a few months back, but the consensus ends there. What looks like a fait accompli to one dismal scientist appears as a minor hazard to another. For some perspective on the debate, and a bit of context for monitoring the risk of a new recession, read on…

The economy is still in the gravitational pull of the Great Recession and all the booster rockets for getting us beyond it are failing. The odds of a double dip are increasing.
--Robert Reich, professor of public policy at the University of California, Berkeley
Christian Science Monitor

A week ago, we accumulated enough evidence to conclude that the U.S. economy is most probably headed into a second leg of recession. It is unclear whether this will be identified as a second recession or a continuation of an existing downturn. In either case, I've repeatedly noted that the apparent strength in the U.S. economy over the past year has been driven almost exclusively by an almost inconceivably large burst of fiscal and monetary "stimulus" last year, whereas intrinsic economic activity has stagnated.
--John Hussman, Hussman Funds
HussmanFunds.com

From a theoretical point of view, another recession is what we should expect right now. This is because both GDP and employment are driven by private business investment, and huge tax increases on both business income and capital investment are now only six months away.
--Louis Woodhill, an engineer and software entrepreneur, is on the Leadership Council of the Club for Growth
Real Clear Markets

The economy is headed for a period of very weak growth, it really doesn't matter to anyone other than econ nerds and bad reporters whether the growth rate is actually negative in any given quarter [a double dip].
--Dean Baker, co-director of the Center for Economic and Policy Research
The Hill

We don’t expect a double-dip recession in the global economy. The market is over pessimistic.
--Fan Cheuk Wan, head of Asia Pacific research at Credit Suisse Private Banking
Bloomberg

I still think it’s very unlikely that the economy will fall into a double-dip. Double-dip fears are quite prevalent right now and have been. But, I find the situation very similar to the last two so-called jobless recoveries where feelings of double-dip constantly bubbled up to the surface but never materialized.
--John Ryding, RDQ Economics
Seer Press News

Pointing to strong U.S. consumer spending data and modest income growth, Scotiabank economists Derek Holt and Gorica Djeric wrote in a note that fears over an imminent descent into a new recession are overblown…"You don't get a double-dip recession while the U.S. consumer is still spending," Holt said. "We have half a million [new] jobs in the private sector — that's not something to shake a stick at."
CBC News

The U.S. economy doesn’t show signs that it will relapse into another recession, said Christina Romer, President Barack Obama’s chief economist. “We certainly do not see any sign of that in the data,” said Romer, who chairs the White House’s Council of Economic Advisers, in an interview on Bloomberg Television today. “We’re anticipating moderate growth.”
Bloomberg

10 factors that could lead U.S. economy into 'double-dip' recession
MLive.com

So what exactly is a 'double-dip' recession?
Associated Press