One city has in California has laid off all 68 employees in what could be the beginning of a wave of local government layoffs due to major budget shortfalls. The jobs recovery will have to overcome yet another hurdle in the potential of hundreds of thousands of laid off government employees. See the following post from The Mess That Greenspan Made.

USA Today reports on the many s 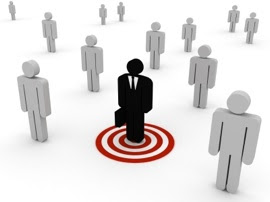 Up to 400,000 workers could lose jobs in the next year as states, counties and cities grapple with lower revenue and less federal funding, says Mark Zandi, chief economist for Moody’s Economy.com.
…
Layoffs by state and local governments moderated in June, with 10,000 jobs trimmed. That was down from 85,000 job losses the first five months of the year and about 190,000 since June 2009.

But the pain is likely to worsen. States face a $140 billion budget gap in fiscal 2011, which began July 1 for most, says the Center on Budget and Policy Priorities.

The layoffs are well underway in California and, based on this story in the Sacramento Bee, it’s not been a very pleasant affair so far. Contrary to the private sector, whether you keep your job in the public sector at times like this is often based on seniority alone.

An interesting sign of the times appeared in the last bullet item in the USA Today story:

• The city of Maywood, Calif., laid off all 68 of its employees July 1 and is contracting out police services, partly because of a $450,000 budget deficit

So, who’s keeping an eye on the budget if all 68 employees were let go?