Eric Rosenbaum from The Street discusses the possibility of congress extending the Bush tax cuts for the wealthy, with Democrats compromising in order to pass a jobless benefit extension. Republicans are arguing that any tax increase could harm a shaky economy. See the following post from The Street.

The political battle for the hearts and minds of M 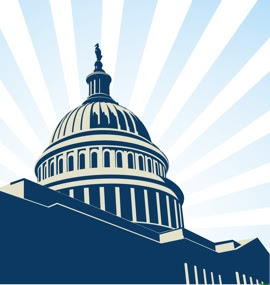 ain Street reached new levels in Washington D.C. this week. The Senate voted on Tuesday to extend unemployment benefits for millions of out-of-work Americans after a contentious battle in which Republicans refused to sign on for the extension without cutting fat from federal spending to keep the deficit from growing larger.

While seemingly contradictory on the surface, the battle over unemployment benefits for struggling Americans has been linked to the battle over extending the Bush tax cuts that benefit upper income tax brackets, commonly referred to as Bush tax cuts for the wealthy, which are set to expire at the end of 2010. How can politics over giving minimal support to the jobless be tied up with making the rich richer? It's not just politics, but economics also, and it actually makes perfect sense, and it's all come to a head in Washington.

The battle over the jobless benefits extension was waged over concerns about levels of federal spending and the ballooning deficit. It might just be election year rhetoric, and Republicans said it wasn't about unemployment support, but how it was funded.

President Obama had made a campaign pledge of allowing the Bush tax cuts to expire. During a Monday morning Rose Garden speech, President Obama again chided Republicans for blocking efforts to pass an extension of jobless benefits while working overtime to extend tax cuts for the rich. Democrats more broadly have tried to make the Republicans look bad by juxtaposing their refusal to extend jobless benefits with their full-throated support for continued upper class tax relief.

Democrats are already expected to see through the extension of middle class tax cuts, which will be a welcome extension of tax relief on Main Street, alongside any extension of jobless benefits. Yet there are rumblings in Washington D.C. that the moves on the political chessboard could, in fact, be leading up to a political compromise allowing the Bush tax cuts to be extended, something that would be a contradiction of the President's campaign promise and may not be received too well on Main Street.

Republicans have said they may use Congressional tactics to "hold the middle class tax cuts hostage" until they get their way on the Bush tax cuts for the richest Americans. Republicans are making the argument that with the economy as shaky as it is, any tax increases are a bad thing.

President Obama spoke harshly on Monday morning, accusing Senate Republicans of a "lack of faith in the American people" for repeatedly blocking passage of the jobless benefits extension bill.

President Obama specifically noted that "after years of championing policies that turned a record surplus into a massive deficit, [Republicans] who didn't have any problems spending hundreds of billions of dollars on tax breaks for the wealthiest Americans are now saying we shouldn't offer relief to middle-class Americans like Jim or Leslie or Denise who really need help." Jim, Leslie and Denise were actual out-of-work Main Street Americans appearing alongside Obama at this Rose Garden speech.

This article by Eric Rosenbaum has been republished from The Street, an investment news and analysis site.
Posted by: NuWire Investor @ 5:57 AM