How To Legally Own Gold Outside The US

According to Dr. Steve Sjuggerud, you can legally own gold outside the US in an account without having to report it since the government does not consider gold a financial asset. While some prefer to keep their gold where they can see it, holding gold in a Perth Mint Certificate can protect your investment from government confiscation. See the following post from Daily Wealth.

I got some terrible news yesterday... 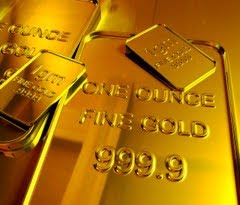 I was surprised to hear it... Just three weeks ago, Glen and I were chatting about gold and how to hold it offshore. I wanted his ideas, and I wanted the specifics. Glen, as always, delivered.

Glen and his business partner Michael Checkan have been reliable contacts for me in the gold world since I started writing investment newsletters in the 1990s. They run a firm called Asset Strategies International and have helped pioneer a few interesting products, including one called the Perth Mint Certificate Program.

I've known about Perth Mint Certificates for many years... I know they're a simple, safe way to hold gold. But I never actually thought of these certificates as legally owning gold outside the U.S. However, that's exactly what they are... and that makes them extremely interesting now.

You see, the government really wants to know if you have money in a foreign bank account. When you mail in your taxes, you have to report if you have one. The fear is that by reporting those accounts, you've made it easy for the government to confiscate the money someday, even if it's held overseas.

But (and you might get a laugh out of this one) the government doesn't count gold as money.

It doesn't consider gold a financial asset. So holding gold in a foreign country doesn't count as owning a foreign bank account. There is no reporting requirement. This puts it out of the immediate grasp of the government. If it can't "see" what you have... it can't take it!

This "loophole" has been around for a long time. But to me, the idea of shipping a bunch of gold bullion overseas... and then storing it where? In a garage or a bank somewhere? It just didn't seem that practical.

So awhile back, I asked another friend of mine, Joel Nagel, "What's the most practical, easy way to hold gold overseas?"

Joel said, "Well, you could buy a Perth Mint Certificate."

I felt like a knucklehead... It was so obvious.

Buy a certificate, receive it in the mail, and boom! You now own gold offshore.

Specifically, with a Perth Mint Certificate, you own physical gold held at the Perth Mint in Australia. It's guaranteed by the government there, it's fully insured by Lloyd's of London, and it has both internal audits and independent audits. I've personally been to the Perth Mint and have seen the gold.

I wanted to verify the specifics, so a few weeks ago I got in touch with Glen... "Glen, can a Perth Mint Certificate be redeemed through you [at Asset Strategies International] in the States? Can someone get their cash through you?"

Glen replied, "The answer to both questions is YES!" Now that's convenient: Your gold is in Australia, out of reach of the U.S. government. But you can easily cash it in right here in the States.

Many people prefer to hold physical gold themselves, believing that the safest place for it is in their possession... And that's fine, too. To each his own. But Perth Mint Certificates are probably the easiest, safest way to buy gold and hold it overseas.

You are in full compliance with U.S. law. But at the same time, by holding gold offshore, you have made it more difficult for the government to reach into your account and take your wealth.

This post has been republished from Dr. Steve Sjuggerud's blog, Daily Wealth.
Posted by: NuWire Investor @ 5:53 AM

Q. Is an FBAR required for accounts maintained with financial institutions located in a foreign country if the accounts hold noncash assets, such as gold?

A. Yes. An account with a financial institution that is located in a foreign country is a financial account for FBAR purposes whether the account holds cash or non-monetary assets.