Banks Vow To Get Tougher On Strategic Defaults

As the volume of US foreclosures continues to rise, lenders are becoming more aggressive in pursuing home owners who purposely default despite being able to afford to pay the mortgages. In some cases lenders are seeking repayment if the amount owed was more than the sale price. See the following post from The Mess That Greenspan Made.

One of the latest development in the nation’s ho 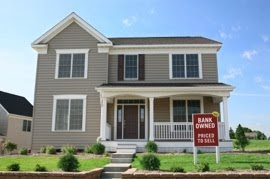 using crisis looks like it will further erode the already strained relationship between borrower and lender as banks seem intent on collecting on the losses they’re taking when underwater borrowers sell their property in a short sale or are foreclosed on. This story in the Washington Post has the details:

Over the past year, lenders have become much more aggressive in trying to recoup money lost in foreclosures and other distressed sales, creating more grief for people who thought their real estate headaches were far behind.

In many localities — including Virginia, Maryland and the District — lenders have the right to pursue borrowers whose homes have sold at a loss to collect the difference between what the property sold for and what the borrower owed on it, also called a deficiency.

Before the housing bust, when the volume of foreclosures was relatively low, lenders seldom bothered to chase after deficiencies because borrowers had few remaining assets to claim and doing so involved hassles and costs. But with foreclosures soaring, lenders are more determined to get their money back, especially if they suspect borrowers are skipping out on loan they could afford, an increasingly common practice in areas where home values have tanked.
…
“Lenders are not going after people who face a hardship,” said John Mechem, a spokesman for the Mortgage Bankers Association. “If they can’t pay their mortgage because they have a loss of income, there is no point in going after them.

“Those who had a second mortgage, such as a home-equity line of credit, in addition to their primary mortgage may find themselves particularly vulnerable, especially if they tapped into the equity line for cash.

From the banks’ perspective, this makes good sense, particularly in those cases where borrowers really abused the system by taking all the money that was being offered a few years ago by the very same banks that are now seeking redress. Of course, this makes the banks look like angry crack dealers or loan sharks which, to some degree, they are.