Mark Thoma and Paul Krugman describe why they disagree with fellow economist Raghuram Rajan's argument for raising interest rates. Rajan calls the rates "unnaturally low" but Krugman questions the idea that it is inherently bad for money to be cheap and Thoma questions the assumption that low rates have more costs than benefits. See the following post from Economist's View. 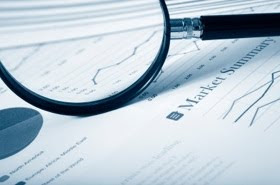 est defense of his view that the Fed should raise the target interest rate:

Strange Arguments For Higher Rates, by Paul Krugman: So Raghuram Rajan has posted a further explanation of his case for raising interest rates in the face of very high unemployment, presumably a response to Mark Thoma. It’s good to see Rajan put his cards on the table — but what he says only further confirms my sense that we’re talking about some kind of psychological desire to be tough...

The first thing to say about these two assertions is that they are essentially contradictory. If the difference between current rates and the rates Rajan wants is trivial — just a wafer thin mint — how can that same difference be leading to a major distortion in financial markets? Are we to believe that an interest rate change that matters not at all to firms making real investments somehow has huge effects on speculators? And actually, don’t asset prices themselves matter for real investment?

It might be worth noting, in this context, that just because the interest rate on safe bonds is near zero, that doesn’t mean that people making risky investments can borrow at near-zero rates.

Beyond all that, what does Rajan mean by “unnaturally low” rates? What makes them unnatural?

My take on the current economic situation is quite simple... Right now, we clearly don’t have enough demand to make full use of the economy’s productive capacity. This means that the real interest rate is too high. And so the “natural” thing is for the real rate to fall. Yes, that would mean a negative real rate. So?

The trouble is that getting that negative real rate isn’t easy, because the nominal rate can’t go below zero, and there’s no easy way to create expected inflation. If you ask what would happen if prices were completely flexible, the answer, as I figured out long ago, is that prices would fall so far now that people would expect them to rise in the future, creating expected inflation. Bur prices aren’t that flexible, which is why we turn to quantitative easing, fiscal policy, and more.

Surely, though, we want to get rates as close to their appropriate level as possible — which means a zero nominal rate. There’s nothing “unnatural” about it. On the contrary, the “natural rate of interest”, as Wicksell defined it, is clearly negative right now.

So why does Rajan feel that there must be something wrong with low rates (and he’s not alone)? I think his language, with its odd moral tone, is the giveaway: it’s the sense that economic policy is supposed to involve being tough on people, not giving money away cheap.

I actually understand the seductiveness of that posture; I can sort of understand how economists succumb to it. But right now, with the world desperately in need of clear thinking, is no time to give in to the subtle allure of inflicting economic pain.

(There is also an argument that high rates, not low rates, cause an increase in the proportion of investors taking high risks. When rates are high, only the riskiest, highest expected return projects will have a chance of being profitable, so these are the only projects that are pursued. In this case higher rates, not lower rates, lead to an increase in the fraction of risky investment. This is where Krugman's point that the interest rates people making risky investments actually face are not zero, and increasing these rates by another 2 to 2.5 percent, as recommended, will raise them even higher and potentially induce more risk-taking behavior. This doesn't directly overturn the argument the arguments Rajan is making, but it is a potential countervailing force.)

Let me also address this part of Raghu Rajan's response, which I assume is directed at the title and content of this post ("The Fed Should Raise Rates Because Brazil has Low Unemployment?"):

If the Federal Reserve were to accept the responsibilities of its role as central banker to much of the world, it would have to admit that its policy rates are too accommodative for the world as a whole. Does the Fed have responsibility to help the world while hurting its own economy (or as one commentator put it, am I advocating that the U.S. raise rates because Brazil is overheating)? Of course not! But when the benefits to its own economy are dubious, it should also give some thought to the global effects of its policies. For eventually, the consequences of its policies will come back to haunt it if they precipitate crises elsewhere.

That the benefits of low rates are dubious is an assertion, not a demonstrated fact. Rajan's post attempts to make the case that low rates have costs that exceed the benefits, i.e. that the net benefits are "dubious," but here he is assuming he has already proven his case. So, yes, if you assume that there is no cost to raising rates (which is what the debate is all about, so clearly I disagree with this assumption), assume that low rates will cause a crisis in Brazil or somewhere else (the argument is that these countries need to raise rates, but low rates in the US prevent them from doing so), and assume that a crisis in one of these countries will cause a crisis in the US (or at least significant troubles), then yes, I suppose we should take this into account. But it takes quite a few "dubious" assumptions to come to this conclusion, the contradictory "it won't change investment" among them, so I am not at all convinced by this argument.