China's economic stimulus appears to have worked a little too well as the economy continues to grow faster than expectations. Inflation is a concern as workers protest for higher wages while property prices soar. See the following post from The Mess That Greenspan Made.

While economies in Europe are struggling mig 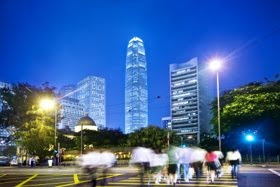 htily, due in no small part to budget cuts and other austerity measures in the south, and the latest statistics in the U.S. indicate the still-nascent recovery may be stalling, everything seems to be going up in China these days and that’s not necessarily a good thing. This New York Times report provides the details.

Fresh data from China on Friday further cemented the view that the country’s giant economy continued to power ahead in May — though a marked rise in inflation also raised the pressure on Beijing to step up efforts to damp the booming pace of growth.

Friday’s figures, part of a monthly flood of statistics from Beijing, showed consumer prices rose at their fastest rate in 19 months, at a pace of 3.1 percent from a year earlier. Across China, workers are beginning to strike for higher wages, which could cause inflation to rise further.

Industrial production and retail sales also powered along forcefully, figures showed Friday, while data out on Thursday revealed imports and exports both topped analyst expectations by a wide margin. Property prices continued to soar in May.

You can see why policymakers think it’s much easier to “fix” things when they’re running too hot rather than too cold, though, that theory may be put to the test in China. While they’re moping around in Europe, complaining about how government pay and benefits are being slashed, over in China, some are protesting about (and getting) higher wages while others cram into the many shops selling gold coins and bars to try to get out in front of what looks like it might be a nasty inflation problem, exacerbated by the now rising wages.