Republicans may not be able to reduce spending by $100 billion after setting the goal last September. The New York Times cites the potential for political backlash for cutting programs such as education and law enforcement and the opposition by democrats as key reasons. See the following post from Economist's View.

I thought Republicans would end up backing off th 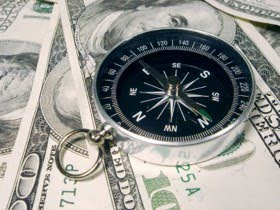 eir pledge to cut expenditures by $100 billion this year, a move that would have led to massive layoffs at the federal level (because at this point in the budget cycle, that's the only way to make it happen) and put the GOP on record as favoring large cuts to popular programs that wouldn't happen anyway, but I didn't think they'd do it so soon (though trying to reduce Tea party expectations as soon as possible is probably wise):

G.O.P. Aims Smaller for Cuts to Budget, NY Times: Many people knowledgeable about the federal budget said House Republicans could not keep their campaign promise to cut $100 billion from domestic spending in a single year. Now it appears that Republicans agree. ...

While House Republicans were never expected to succeed in enacting cuts of that scale, given opposition in the Senate from the Democratic majority and some Republicans, and from President Obama, a House vote would put potentially vulnerable Republican lawmakers on record supporting deep reductions of up to 30 percent in education, research, law enforcement, transportation and more.

Now aides say that the $100 billion figure was hypothetical... Yet “A Pledge to America,” the manifesto House Republicans published last September, included the promise, “We will roll back government spending to pre-stimulus, pre-bailout levels, saving us at least $100 billion in the first year alone.” Republican leaders have repeatedly invoked the number. ...