Does The Fiat Monetary System Need To Be Fixed?

The ability of currencies to depreciate against others has helped economies like the Eurozone to mitigate the recession. However, Tim Iacono says that the fiat monetary system is flawed and needs an overhaul as central banks can cause booms and busts by allowing too much money and credit. See the following post from The Mess That Greenspan Made. 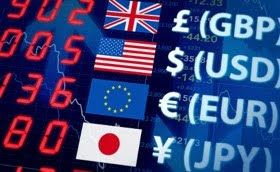 Harvard Economics Professor Kenneth Rogoff looks back at the year just concluded in a world of mostly-floating exchange rates in this commentary at Project Syndicate and generally likes what he sees, though it comes as no surprise that he misses the much bigger, much more important picture that few talk about in academia – that the world’s pure fiat monetary system is fundamentally flawed and is in need of a major overhaul.

Let’s start by acknowledging that the modern system of floating exchange rates has, on the whole, acquitted itself remarkably well.
…
But, even if exchange rates work in mysterious ways, their cushioning effect is undeniable. The sharp depreciation of the euro after the crisis helped sustain German exports, thereby keeping the eurozone afloat.

Emerging markets’ currencies also collapsed, even in economies with huge foreign-exchange reserves and relatively little debt. Since then, most emerging-market currencies have rebounded sharply. In hindsight, these exchange-rate swings mirrored the initial collapse and subsequent rebound in global trade, helping to mitigate the recession.

By contrast, the financial crisis was hardly an advertisement for expanding the scope of fixed exchange rates. The eurozone’s peripheral countries, including Greece, Portugal, Ireland, and Spain, found themselves pinned to the mast of the common currency, unable to gain competitiveness through exchange-rate depreciation.

Absent the one-world government that some think must come hand-in-hand with a one-world currency, the whole idea of getting government and their central banks out of the business of managing how much money the world needs seems to make more and more sense. As Rogoff notes, Robert Mundell, the intellectual father of the euro, once quipped, “the optimal number of currencies in the world is an odd number, preferably less than three”, to which I would add, “the optimal number of governments and central banks managing money creation is a number less than one”.