The response to the plan to extend the Bush tax cuts has included a wide range of positive and negative reactions. The market showed some anxiety with a bond sell-off, but there are also signs of improved confidence by corporations. See the following post from The Capital Spectator.

The Bush tax cuts will be extended for two years, with a 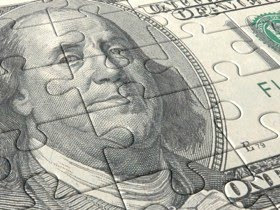 bonus: a one-year cut in the payroll tax for a year. Harvard economics professor Greg Mankiw writes of being "generally pleased with the compromise over taxes the President and Republicans struck yesterday." But a random survey of reactions near and far suggests something other than pleasure as the common denominator.

Anxiety, for instance. As the LA Times reports…

The bond market is suffering a brutal sell-off Tuesday, driving yields up sharply, as investors react to the deal between President Obama and Republican leaders to extend the 2001 and 2003 tax cuts. The 10-year Treasury note yield, a benchmark for mortgage rates, has soared to a five-month high of 3.16% from 2.94% on Monday. Shorter-term yields also are rocketing.

The president’s agreement to this deal is an implicit admission that voters aren’t buying what the Democrats have been selling on the budget for the past year. The primary argument Democrats pushed throughout 2010 was that the country simply could not afford to “spend” anything more on tax cuts for the wealthy. The president went so far as to say he could find much better uses for the hundreds of billions of dollars that would be “spent” by extending the top Bush tax rate at 35 percent.

The hope is that the tax cuts add up to something more than an accounting change. Art Hogan, chief market strategist at Jefferies & Co., sees the bright side in the possibilities. "It's something that clearly is going to put some confidence back in corporate America," he says of the tax cut proposal.

But there's no shortage of critics picking over reported flaws. "Obama's proposed payroll tax holiday botches an idea of truly Singaporean cleverness," writes Bryan Caplan. "Instead of giving the tax cut to employers, where it would do the maximum good, or splitting it evenly, where it would do intermediate good, he's giving all of it to employees, where it does the minimum good."

The Center for American Progress argues otherwise: "Our analysis of the framework tax agreement that President Barack Obama announced yesterday, including additional tax cuts and an extension of unemployment insurance, finds that 2.2 million jobs will be the end result. In this time of economic distress, millions of new jobs are, of course, very welcome." But there's a catch, or so we're told: "It is, however, unfortunate that these jobs have to come from an agreement that is a balance between large, unneeded, bonus tax breaks for the wealthiest Americans and the needed continuation of unemployment benefits, middle-class tax relief, and additional help for the economy for the rest of us."

A little class warfare is always lurking in any discussion about changing the tax code...or keeping it as is.

What does the stock market think? After an early rally, the S&P 500 ended flat on the day, edging up a scant 0.05%. Why so tenuous? Maybe it has something to do with questions of how to "pay" for the tax cuts. As Bloomberg advises,

Extending all income-tax rates for two years, along with renewal of business tax breaks, relief from the alternative minimum tax and other moves such as expanded unemployment insurance could add about $750 billion to the deficit over the next decade, about $300 billion of which is beyond the deficit- expansion which the “pay-as-you-go” law would allow.