The Debate Over QE2 Continues

David Beckworth's article "conservative case for QE2" has sparked some debate and Mark Calabria of the Cato Institute states that a sudden large surge in inflation is likely to occur. James Picerno points out that Milton Friedman, arguably one of the greatest conservative economists of the modern era, appeared to support quantitative easing in the case of Japan's prolonged recession. See the following article from The Capital Spectator for more on this. 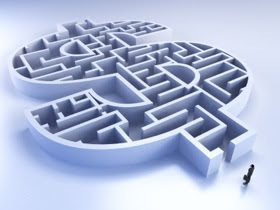 at the Cato Institute, responds to David Beckworth’s "conservative case for QE2" in National Review. Minds will differ on the topic, of course, since this is economics (and politics) and so what constitutes "evidence" one way or another is forever debatable. That risk aside, it looks like Calabria's reasoning is less than airtight.

The first point is that he's worried about inflation as an imminent threat. "I would not claim we are facing hyper-inflation," Calabria writes, "but two facts should be borne in mind. First, over time even low levels of inflation erode away wealth; and second, a large surge of inflation is likely to occur quite suddenly, without giving the Fed months or years of warning."

Granted, inflation is the path of least resistance in the long run for fiat currencies. No one disputes that trend. But for the foreseeable future, given the blowback from the financial crisis and Great Recession, inflation isn't likely to be a top priority for the foreseeable future. Arguing otherwise requires more than simply fearing higher inflation. Easier said than done these days. As economics professor Menzie Chinn writes, "I struggle and struggle to understand the fear of near-term, rapid inflation…This struggle becomes even more profound when I examine actual data." Indeed, the numbers just don't add up.

Calabria also criticizes Beckworth for effectively exaggerating the disinflation trend of late. But Beckworth is hardly alone in recognizing that inflation has been falling. Whether you define inflation by way of headline or core consumer prices, the rate of increase is in decline, as the latest CPI report shows.

One could, of course, dismiss the government's CPI reports as inaccurate. But the market's been pricing Treasuries in anticipation of lower inflation recently as well. True, the recent disinflation has reversed course. Why? Because the crowd was expecting the Fed to launch QE2, which in fact the central bank did by way of a formal announcement in early November—an act that's in direct contrast with Calabria's views.

Another complaint is that Beckworth's prescription runs afoul of conservative principles, despite claiming otherwise. "If Beckworth wants to preach 'conservative' values and principles, he might start with the observation that it is savings and work that provide wealth, and reject the Keynesian notions that we can spend or debase our way to prosperity," Calabria argues.

But QE2 isn't Keynesian, or at least not fully Keynesian. Milton Friedman, one of the greatest—perhaps the greatest conservative economist of modern times—would surely have supported QE2. How do we know? Friedman all but said so when he explained a few years before his death in diagnosing the Japanese malaise that's not wholly unrelated to the macro challenges now facing the U.S.

The dramatic increase in the Fed's balance has understandably raised questions about the central bank's ability and willingness to tighten monetary policy at the appropriate time. Yes, that's always an open question in the world of central banking. The good news is that there is, in fact, precedent in recent history for central banks contracting their balance sheets to nip future inflation in the bud. As a new study of recent monetary policy history reminds,

During the past two decades, large increases—and decreases—in central bank balance sheets have become a viable monetary policy tool. Historically, doubling or tripling a country’s monetary base was a recipe for certain higher inflation. Often such increases occurred only as part of a failed fiscal policy or, perhaps, as part of a policy to defend the exchange rate. Both economic models and central bank experience during the past two decades suggest that such changes are useful policy tools if the public understands the increase is temporary and if the central bank has some credibility with respect to desiring a low, stable rate of inflation. We find little increased inflation impact from such expansions.