A continuation of the slow job growth could make make it difficult for President Obama to win a second term in 2012. Peter Morici discusses the change in approach that is needed in order to change the trajectory of job creation. See the following post from The Street. 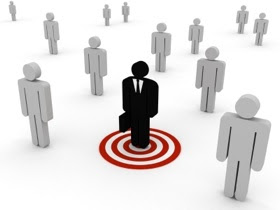 The United States has 3,140 counties. Each month, the economy creates only 18 genuinely-private, permanent jobs per county. With nearly 6,000 job seekers per county,

Economists expect the Labor Department will report on Friday that the economy added 168,000 jobs in November, enough to hold unemployment steady at 9.6 percent and far less than should be expected 17 months into an economic recovery.

To win re-election President Obama must improve on those numbers. Governing with the new Republican majority in the House offers him the opportunity to adjust policies, as necessary, and present himself to voters as a flexible and capable leader.

Americans are pragmatists -- neither anti-government conservatives nor liberal spendthrifts. Voters want the private sector to create jobs, pay respectable wages and offer a decent future for their children. They will support whichever political party can deliver those.

Central to the president's agenda has been the $800 billion in temporary stimulus spending and tax cuts -- "priming the pump" to boost private hiring and instigate self-sustaining growth. Also, the president pushed through financial reforms and pumped billions into the nation's largest financial institutions and the auto industry.

Economists may dicker over numbers but the stimulus did avert layoffs for many teachers and municipal workers, and create temporary employment in the construction trades.

However, the stimulus was too light on infrastructure -- less than $150 billion -- and too heavy on extending entitlements and other programs popular with Democratic supporters, such as more Medicaid benefits, green buildings, and summer pay for university professors. Those created too few private, taxpaying jobs and bloated the deficit.

More than 300,000 taxpaying private sector jobs are needed each month to bring down unemployment and generate the tax revenues necessary to make the government solvent.

In October, the economy added 151,000 jobs, but 34,000 were in government subsidized health care and social assistance and another 35,000 were filled by temporary service agencies.

Since January, core private jobs growth -- private jobs less government subsidized health care and social assistance and temp services -- have increased only 58,000 each month, and those are the kinds of jobs that pay taxes to fund government. Meanwhile, at least 17.4 million Americans are looking for work.

The United States has 3,140 counties. Each month, the economy creates only 18 genuinely-private, permanent jobs per county. With nearly 6,000 job seekers per county, nothing better explains why so many Democratic Congressmen got the boot in November.

Financial reforms and assistance to Wall Street did not much help Main Street banks, and as many as 3,000 are threatened with extinction. Yet, small- and medium-sized businesses depend on loans from those banks to create jobs.

Meanwhile, Wall Street, subsidized by the near zero percent loans from the Federal Reserve and TARP, pays out bonuses reaching $150 billion a year. Now, the Fed's second round of quantitative easing is further lowering the big banks' borrowing costs.

Consumer and business spending have rebounded but too much is tapped off into imports instead of creating jobs in the United States. The trade deficit with China, which kept its stimulus money at home and subsidizes exports with an undervalued currency, is up $93 billion, and with mercantilist Japan and Germany the trade gaps increased $20 billion and $14 billion, respectively.

On exchange rates and trade, President Obama bet on diplomacy. But at the G20 confab, the United States was told to pound salt by China, Japan and Germany. And critics at home and abroad charge the Fed's quantitative easing amounts to nothing more than currency devaluation, but the dollar remains strong against the euro, yen and yuan. Consequently, the trade deficit remains too large and too many Americans are jobless or working part-time earning less than a living wage.

Whatever the merits of free trade internationally and laissez faire domestically, trade with China and others is hardly free now -- mercantilism and a government that has not answered it are victimizing too many unemployed Americans. And Wall Street would be hypocritical to complain about federal help for small banks.

This would be tough for a president who views himself a liberal internationalist and is trying hard these days to demonstrate he is pro-free market to domestic critics, but these are tough times and America needs tough pragmatic leadership.

This post by Peter Morici has been republished from The Street, a site covering financial news, commentary, analysis, ratings, and business and investment content.
Posted by: NuWire Investor @ 5:59 AM