The UK is preparing for major budget cuts that will result in the loss of nearly a half million government jobs over four years. The plan aims to eliminate the structural deficit by 2015 while cutting several programs and raising the retirement age. See the following post from The Mess That Greenspan Made.

The budget axe was wielded in the U.K. yesterday 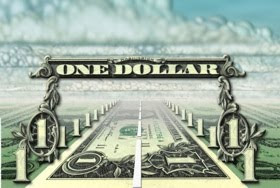 and, for all the fuss about plunging the economy into an abyss from which it could never emerge, they weren’t as bad as many thought. Jeremy Warner at the Telegraph provides the details in this report.

George Osborne, we were told, would unleash a hurricane, but what in practice he has brought forth barely amounts to a gale. After a summer of preparing us for a public sector cull of truly apocalyptic proportions, the Chancellor’s Comprehensive Spending Review delivered – well, what appeared to be a long list of new spending commitments, with the task of putting the public finances back on a sustainable footing achieved mainly through further impairment of the welfare budget, closing tax loopholes, clamping down on tax credit fraud, and that holy grail of public sector reform, administrative and efficiency savings.

Even taking account of the fact that the Chancellor naturally wanted to focus on the things that he would be spending our taxes on, rather than those he was cutting, it didn’t feel like the austerity we had been warned to expect.

That is not to underestimate the distress that yesterday’s package of announcements will cause. Nearly 500,000 public sector jobs are to go over the next four years, and they won’t all be from natural wastage and the pen-pushing ranks of back-room administration; many front-line jobs, from probation officers to social workers and bobbies on the beat will go, too. There is misery behind the upbeat façade and political point-scoring of yesterday’s speech.

For some perspective on the job cuts, consider that the U.K.’s population is about one-fifth that of the U.S., so, if Washington were to seek the same scale of “redundancies”, the headlines would read, “Obama to lay off 2.5 million government workers”.

That’s not likely to happen … maybe the next president…

Here’s a breakdown of the spending cuts from a story at the BBC:

There’s lots more at the BBC today with untold number of pundits breaking down the numbers, less hand-wringing occurring than expected.

In the Telegraph story, Bank of England Governor Mervyn King probably summed things up best (and will explain the title of this post above) when he noted that they’re done with the NICE decade – non-inflationary continuous expansion – it being replaced with a SOBER decade – savings, orderly budgets and equitable rebalancing.