China And US Monetary Policies Moving In Opposite Directions

While the Fed is ready to embrace quantitative easing round two, the Chinese government has tightened monetary policy to keep inflation in check. According to September's report, core CPI increased at the slowest rate since the 1960's. See the following post from The Capital Spectator. 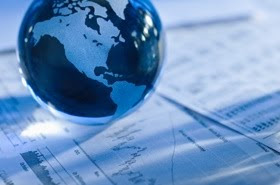 e by 25 basis points yesterday in a bid to slow inflation's momentum. The country's inflation rate in August was reported at 3.5%, higher than the government's 3% target, and the September update is likely to report a rise. Meanwhile, the Chinese economy is reportedly growing at 9%-plus.

China's economy is clearly an integral part of the global economy, and has been for some time. What are the ramifications for economies around the world and asset markets now that China is tightening its monetary policy? One is that it sets up an increasingly stark dichotomy with economic conditions in the developed world, where growth is weak, debt is high and inflation is falling, and China, which is growing robustly.

It all suggests a new era of risks. That's partly because of pressures building in currency exchange rates. China's currency is controlled by the government and so the natural inflow of liquidity into the yuan after a rate hike will be limited. That's no accident, since the Chinese government has long been intent on keeping its currency undervalued.

Is it any wonder, then, that the Federal Reserve is set to engage in second round of quantitative easing (QE2)? No, not really. Last week's consumer price inflation report for September reminded that U.S. inflation is still slipping. Core CPI rose at a scant 0.8% for the past 12 months last month, the lowest pace since the early 1960s.

If left to the marketplace, China's currency would strengthen and the dollar would weaken. But that natural realignment is stymied because of China's capital controls. That raises inflation risks for China and disinflation/deflation risks for the U.S. As a result, the Fed's hand is, to some degree, forced—forced to embrace QE2. China's hand is also being forced—forced to raise interest rates. But if the yuan's rise is curtailed, the pressures shift to China's economy, forcing up inflation that much more. Accordingly, more rate hikes in China are assured. Given China's strong economic growth, a 25 basis point rate hike in the face of mounting inflation worries is, by itself, virtually insignificant. That implies that additional rate hikes will be needed.

Meanwhile, the Fed's pre-game show for QE2 appears to be gaining traction with the markets. Inflation expectations (as determined by yield spread between the nominal and inflation-indexed 10-year Treasuries) is still above 2%, the highest since the spring. If inflation expectations continue to rise, it may be appropriate to modify QE2 plans. But not yet.

QE2 carries risks, of course, but so too does allowing inflation to fall further. The U.S. economy is caught between the rock and the hard place. But this much is clear: U.S. monetary stimulus, appears to be aggressive and appropriate, based on the Fed's zero-to-0.25% nominal Fed funds target. In fact, monetary policy is still tight, according to the Taylor rule, which implies that Fed funds should be negative 5%. That's not going to happen, of course, which is why Bernanke and company are set to embrace QE2.