Warren Buffet Bullish On US Economy

Warren Buffet's optimistic view of the US economy appears to be shared by the leaders of companies like Microsoft and General Electric. However, Buffet's right-hand-man Charlie Munger is not as optimistic, and insists that the job market will remain lousy for an extended period. See the following post from The Street.

The back and forth market conditions we ha 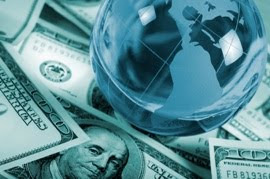 ve been forced to deal with in 2010 has weighed on the sentiment of many investors and market commentators, causing them to question the strength of the U.S. and global economic recovery.

Despite doubts emanating from many corners of both Wall Street and Main Street, there are still a number of reputable individuals from the business world who do not seem to share these concerns.

This week, Warren Buffett took to the stage at the Montana Economic Development Summit to express his views regarding the future of the U.S. economy.

The Oracle of Omaha, who has been a proponent for the nation's strength throughout these troubling times, did not veer from his bullish stance. Rather, he insisted that, despite concerns, the U.S. was not in any way heading towards a double-dip recession. In fact, pointing to factors such as hiring and lending, the octogenarian expects the U.S. to return stronger than ever.

Buffett was not alone in painting a rosy picture for the U.S. economy. Microsoft(MSFT) CEO Steve Balmer and General Electric(GE) chairman Jeff Immelt, who were also present at the summit, were optimistic about the economy, pointing to forecasted strength in both the technology and industrial sectors of the U.S.

While the optimism emanating from Buffett, Balmer, and Immelt may have provided some with an injection of confidence, other Wall Street notables remain unimpressed.

This week, doomsayer Nouriel Roubini was once again in the spotlight, laying out his own beliefs for the future of the U.S. economy. The New York University professor, who has earned the nickname Doctor Doom for his consistently bearish forecasts, insisted that the second half of 2010 will be worse that the second quarter.

Earlier this summer, Roubini made headlines when he announced that the likelihood of seeing a double dip was greater than 40%.

Interestingly, this week another less than optimistic voice could be heard coming from Buffett's own bullpen. Speaking at the University of Michigan, Charlie Munger, Buffett's right-hand man, offered his own stormy outlook.

The Berkshire Hathaway(BRK.A) vice chairman and Wesco Financial(WSC) CEO shared his own views of the economy and the outlook was far less positive than the one from Buffett.

Pointing to the job market, Munger insisted that the outlook was "lousy," and would remain so for an extended time period. Looking at specific sectors of the economy such as commercial real estate, he explained that there was, "more pain to come." Overall, it appeared as though he sees a rough road ahead.

Like Buffett, this is not the first time Munger has expressed concerns for the future of the U.S. economy. In a piece titled, "Basically, It's Over," written for Slate.com early in 2010, Munger presented his pessimistic vision for the U.S. in parable form. The story focuses on Basicland, which is ultimately transformed into Sorrowland as a result of high taxes, increased government spending, and gambling at casino banks.

The line appears to be drawn at Berkshire Hathaway and it will be interesting to see whose forecast proves more accurate. Who do you agree with more, Buffett or Munger? Feel free to leave a comment below.

This post has been republished from The Street, an investment news and analysis site.
Posted by: NuWire Investor @ 5:50 AM