Why Are Economists Bad At Predicting Asset Bubbles?

The lack of economists that recognized the bubble in housing before it burst brings to question whether economists are capable of predicting asset bubbles. A paper from the Boston Fed attributes this to insufficient tools. See the following post from The Mess That Greenspan Made. 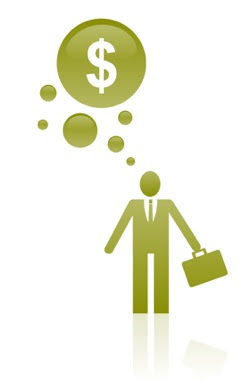 ce has only one economist on the panel, Moody’s Mark Zandi, so, while slim to begin with, their chances of doing something productive are better than they might otherwise be given that economists continues to shirk any responsibility for the housing bubble, the latest evidence coming in this paper from the Boston Fed in which they claim they don’t have the tools to spot asset bubbles.

Understanding the evolution of real-time beliefs about house price appreciation is central to understanding the U.S. housing crisis. At the peak of the recent housing cycle, both borrowers and lenders appealed to optimistic house price forecasts to justify undertaking increasingly risky loans. Many observers have argued that these rosy forecasts ignored basic theoretical and empirical evidence that pointed to a massive overvaluation of housing and thus to an inevitable and severe price decline. We revisit the boom years and show that the economics profession provided little such countervailing evidence at the time. Many economists, skeptical that a bubble existed, attempted to justify the historic run-up in housing prices based on housing fundamentals. Other economists were more uncertain, pointing to some evidence of bubble-like behavior in certain regional housing markets. Even these more skeptical economists, however, refused to take a conclusive position on whether a bubble existed. The small number of economists who argued forcefully for a bubble often did so years before the housing market peak, and thus lost a fair amount of credibility…

Apparently, common sense isn’t part of most economists’ toolkit because, that’s all it took back in 2005 to understand that the only way borrowers were going to be able to service their monstrous new mortgage debt was if home prices continued to rise. The paper argues that, from an economic theory standpoint, the correct levels for asset prices are, basically, unknowable and that, while their generally rosy view of the world back then turned out to be wrong, it wasn’t unreasonable. Pretty pathetic if you ask me…