The 2006 Nobel Prize winner in economics, Edmund Phelps, argues that the economy is damaged by deep structural faults that requires more than stimulus packages to fix. In response James Picerno warns that we should not abandon monetary policy as a tool to boost growth. See the following post from The Capital Spectator.

There are economic recessions, and then there a 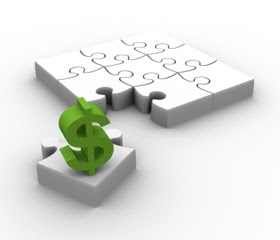 re economic RECESSIONS. The latest encounter with the dark side of the business cycle undoubtedly satisfies the later definition. The challenge, then, is figuring out how to convincingly promote growth on a sustainable, meaningful basis. Part of the solution requires deciding what went wrong, which suggests possible responses. On that analytical front, however, the standard advice from the dismal science these days is flawed, argued Nobel Prize winner Edmund Phelps in a New York Times op-ed last week.

"The diagnosis is that the economy is ‘constrained' by a deficiency of aggregate demand, the total demand for American goods and services," wrote Phelps, the author of Structural Slumps and the head of the Center on Capitalism and Society at Columbia University. "The officials’ prescription is to stimulate that demand, for as long as it takes, to facilitate the recovery of an otherwise undamaged economy — as if the task were to help an uninjured skater get up after a bad fall." But the "diagnosis is wrong" and the prescription will "fail," he warned. Phelps went on to explain:

There are no symptoms of deficient demand, like deflation, and no signs of anything like a huge liquidity shortage that could cause a deficiency. Rather, our economy is damaged by deep structural faults that no stimulus package will address — our skater has broken some bones and needs real attention.

For Phelps, there are deeper ills in the economy that aren't easily resolved (if at all) with the standard tools of monetary and/or fiscal stimulus. What does he recommend? His prescriptions include tax-code and regulatory changes that promote business; dispensing credits to companies for creating low-wage jobs; and setting up a program that extends loans for innovation in the private sector.

There's nothing wrong with these ideas per se. In fact, other policy gurus have promoted similar themes. Former Treasury Secretaries Paul O'Neill and Robert Rubin, for instance, counseled recently that what this country needs most of all at this point is fundamental reform of the tax code.

But it'd be wrong to assume these prescriptions (and others like them) can replace monetary policy as the first, last and best policy tool for managing the economy. There's simply too much evidence that monetary policy is where the action is. Yes, even now--at the zero bound, when nominal short rates are virtually nil.

That doesn't mean that central banks are omnipotent, or that they don't make mistakes—they do, and sometimes big ones. In the grand scheme of money policy, the two main risks of ill-conceived and ill-timed decisions by the Fed and its counterparts around the world: elevating the odds of a slump or planting the seeds of higher inflation. And if the policy is truly flawed at a given point, the economy can suffer both simultaneously. History reminds that one or the other has afflicted the economy from time to time over the decades, and the monetary mistakes engineered by the Fed were almost surely a key reason. But monetary policy can also help, and by more than a little. Even now.

Let’s remember that Phelps won the Nobel Prize for Economics in 2006 for his analysis of the interaction of wages, unemployment and inflation. This might be called the standard view: wages and inflation are positively correlated, with one reinforcing the other until the labor market reaches equilibrium, a.k.a. the point where prices are stable. It's debatable how much influence the standard view has on current Fed policy decisions now, but it's safe to assume that it's a factor of some significance.

Inevitably, the details of the relationship between wages, unemployment and inflation are in a constant state of flux. This is economics, after all. Sometimes the changes are fairly mild and the stakes relatively low, as during the long stretch of low/falling inflation and unemployment—the Great Moderation, as it was called. A good tailwind that promotes positive outcomes never hurts. But that 20-year stretch of nirvana ended in 2008. Figuring out how to navigate the new paradigm that's upon us won't be easy.

In the frenzy to find a quick solution, there’s a temptation to throw out the old rules in the belief that new ideas will save us. But there are limits to reinventing the policy solutions writ large; there are also dangers. Monetary policy isn't a silver bullet, but arguably it's the first among equals in the realm of macroeconomic choices. All the more these days, when high debt levels impose political constraints on using additional fiscal levers to stimulate the economy.

Even now, with Fed funds just above zero, Bernanke and company could do more—much more—to juice growth and/or fight deflation. For instance, the Fed could buy large quantities of long Treasuries. The 10-year Note is currently around 3%. If the Fed was so inclined, it could push that yield to 2%, 1% or even lower by printing money. We can debate if that's necessary or prudent, or how much of a boost it'll provide; but it can be done.

Yes, the ideas of Phelps and others are worth considering (reconsidering) as well. The idea that there are structural impediments weighing on the economy can’t be dismissed. Economist Alex Tabarrok estimates that the high vacancy rate for U.S. housing (which undoubtedly is driven by high unemployment, among other factors) is due to partly (25%) to structural reasons. Another 25% is attributable to “sticky prices,” and 50% comes from weak aggregate demand, he opined recently at the Marginal Revolution blog.

Monetary policy, in other words, is still relevant. In fact, it’s wrong to think that the monetary tools are broken. A stronger criticism is that the Fed hasn’t used its tools as efficiently as it could have. The problem, in short, lies with human error rather than the monetary policy per se. That’s a critical distinction and one worth remembering as macroeconomic policy is reconsidered in the months and years ahead.

On that note, Paul Seabright’s The Company of Strangers: A Natural History of Economic Life offers some perspective (HT: Greg Mankiw’s Blog):

Politicians are in charge of the modern economy in much the same way as a sailor is in charge of a small boat in a storm. The consequences of their losing control completely may be catastrophic (as civil war and hyperinflation in parts of the former Soviet empire have recently reminded us), but even while they keep afloat, their influence over the course of events is tiny in comparison with that of the storm around them. We who are their passengers may focus our hopes and fears upon them, and express profound gratitude toward them if we reach harbor safely, but that is chiefly because it seems pointless to thank the storm.