Jeff Kleintop, writing for The Street, points out some interesting similarities between the current state of the economy and the period following the 1992 and 2001 recessions. About a year after the 1992 and 2001 recessions, the Fed recognized a high level of uncertainty, which led to a final monetary stimulus to overcome a post recession soft spot. See the following article from The Street for more on this.

In his recent testimony to Congress, Federal Rese 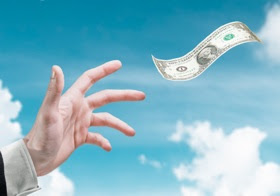 The economy again began to grow last summer, putting the current bout of early cycle uncertainty at about four quarters since the end of the recession. In contrast to Chairman Bernanke's remark, the current uncertainty is not all that unusual at this early stage of an economic cycle. In fact, based on the Fed's own words, the current level of uncertainty is actually common at this stage of the economic cycle.
The response by the Fed to uncertainty over the economic environment has been anything but uncertain. They have always provided the economy with one last booster shot of stimulus. During the past four decades, the Fed has cut rates one last time well after the recession had ended when a soft spot emerged. For example, related to the above examples of Fed uncertainty, the Fed cut the Federal Funds target rate in June 2003 and in Sept. 1992.

With the Federal Funds target rate effectively at zero the typical rate cut is not an option this time, so what will the Fed's uncertainty lead it to do?
Uncertainty is to be expected given the challenges facing an economy in the early stages of growth following an unprecedented upheaval. The sentiment of unusual uncertainty is expressed in this excerpt from the pages of TIME magazine:

"If America's economic landscape seems suddenly alien and hostile to many citizens, there is good reason: they have never seen anything like it. Nothing in memory has prepared consumers for such turbulent, epochal change, the sort of upheaval that happens once in 50 years."

"The outward sign of the change is an economy that stubbornly refuses to recover. In a normal rebound, Americans would be witnessing a flurry of hiring, new investment and lending, and buoyant growth. But the U.S. economy remains almost comatose a full year and a half after the recession officially ended. Unemployment is still high; real wages are declining."

"The current slump already ranks as the longest period of sustained weakness since the Great Depression. That was the last time the economy staggered under as many "structural" burdens, as opposed to the familiar "cyclical" problems that create temporary recessions once or twice a decade. The structural faults represent once-in-a-lifetime dislocations that will take years to work out. Among them: the job drought, the debt hangover, the defense-industry contraction, the savings and loan collapse, the real estate depression, the health-care cost explosion and the runaway federal deficit."

The same article quoted an economist as saying, "this is a sick economy that won't respond to traditional remedies. There's going to be a lot of trauma before it's over." But it was over. This excerpt is from Sept. 28, 1992.

The recession ended in 1991 and real GDP was an above average +3.4% in 1992 (about the same pace of growth the economy has averaged this year). Yet, in Sept. 1992, TIME described the economy as "comatose". When the article was published, the economy had already been growing for six quarters. Hiring had weakened to averaging only +77,000 jobs per month in the four months leading up to this article, but in the following four months it averaged +210,000. In addition, while the structural problems apparent then seemed unsolvable for years to come, real GDP was +2.9% the following year.

It is not easy to assess the health of the economy as we are living through it. The amount of current press coverage devoted to fretting over a double-dip recession will be expanded by last Friday's lackluster private payroll growth report of +71,000 for last month. We continue to believe the data supports a typical economic soft spot (much like the one in 1992) that always comes about one year after a recovery begins and not the double-dip that has been largely priced into the stock market.

In 1992, the uncertainty expressed in the sentiment from the Fed and in the media at the end of the third quarter set the stock market up for a solid fourth quarter rally after a relatively flat year for stocks in the first three quarters. The stock market in 1992 ended with a modest single-digit total return (including dividends) of 7.6%, very similar to our outlook for a modest single-digit gain this year.

This article by Jeff Kleintop has been republished from The Street, an investment news and analysis site.
Posted by: NuWire Investor @ 5:51 AM