With real estate sentiment at extremely low levels, Dr. Steve Sjuggerud suggests seeking properties that can be purchased for pennies on the dollar in places like the Florida coast. The lack of financing or cash can limit competition for undervalued property. See the following article from Daily Wealth.

"One hundred and sixty-four thousand going 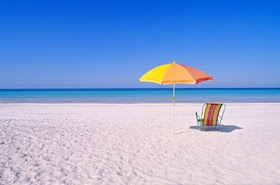 I might not believe it if I hadn't been there to see it myself...

But I was there, and it's true: A 50-foot wide oceanfront lot for a single-family home on the east coast of Florida sold yesterday for $164,000. OK, it isn't Palm Beach County... it's in Northeast Florida. But it's still oceanfront.

Just a few years ago, cookie-cutter lots on golf courses 15 minutes away from the coast sold for more. Even today, the county property-tax appraiser's office assessed the value of this oceanfront lot around $500,000.

I wasn't just a bystander at this auction... I was there to bid. But the bidding went above what I am willing to pay these days. I've set an incredibly stringent criteria – I'm trying to buy at 20 cents on the dollar from a reasonable current appraisal today. This oceanfront lot flew by that figure.

That's fine by me. You might think it's not possible to pay as low as 20 cents on the dollar. But I bought two such properties just last week... on the river, a half-mile from the ocean.

Importantly, this strategy works even if prices go nowhere.

It's a classic rule for success in investing: You want to buy when nobody else is buying... and when sentiment can't get any worse.

The National Association of Home Builders (NAHB) just released its latest "builder sentiment" survey. A reading of 50 is the midpoint – higher is optimistic, lower is pessimistic. Homebuilder optimism peaked most recently at 72 in July 2005. Guess where it is today...

The NAHB also tracks "buyer traffic." It's even worse... at 10 – three points from 2008's all-time low (in a quarter century of data). "Sales expectations" are also near an all-time low.

It's hard to imagine how sentiment can get much worse. Keep this in mind...

You've heard my view... We're entering the "sandpaper" stage of the bust, where prices just grind sideways for years. This stage might last a decade. That's why it's so important to pay a big discount.

And make sure it's the highest-quality stuff – something that people definitely want. Also, don't get greedy on the price you sell for. Get rid of it. Buyers are scarce. But they'll appear if you offer a 20% discount from a reasonable appraisal...

If you buy cheap enough, you can sell at a big discount and still make a lot of money.

No doubt, it takes work to find the deals... and cash (not financing). Banks aren't lending for deals like these. Most people don't have cash now, and most aren't willing to do the work. So if you do have cash, and you're willing to put some effort in, you won't have a lot of competition.

If you can muster up those two things, you could set yourself up to potentially double your money in this flat real estate market.

The potential for doubling your money sure is nice... particularly in a zero percent world... so roll up your sleeves and get going on it.

This article has been republished from Dr. Steve Sjuggerud's blog, Daily Wealth.
Posted by: NuWire Investor @ 5:55 AM