The Lack Of Financial Knowledge On Main Street

Lauren Tara LaCapra from The Street discusses whether the average Americans lacks the financial understanding needed to evaluate the financial products they are purchasing. One study found that the less people know about finance the more confident they are of their knowledge, which can lead to poor financial decisions. See the following post from The Street.

Consumers of financial products can be p 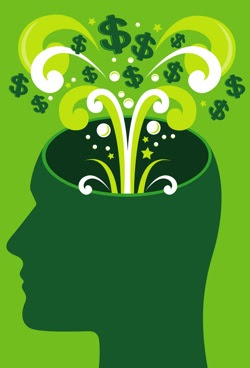 That isn't meant to be offensive or mean or unsympathetic.

I've had conversations with lots of people outside the financial realm on Main Street -- family, friends, random people at social events -- and while many complain about the economic situation, few of them seem to understand why things are the way they are. A few minutes into explaining what's gone on with housing or why unemployment is so high and the dull, blank stares emerge.

I've also had conversations with people inside the financial realm -- the bankers, traders, financial advisors and members of the Wall Street establishment. They tend to take one of two views.

Some believe Main Street is dumb and deserves the financial pain it's now experiencing. Others feel Main Street is dumb, but should have been better protected by the government and better educated about the risks of borrowing, investing or depositing.

Therein lies the rub: Whether or not one has sympathy for Main Street, and whether or not one believes the consumer protection agency will have any teeth, it's clear that people need to know more about what's going on with their finances.

"Caveat emptor" is the first term that they need to learn.

Television shows and radio waves are filled with advertisements for debt-settlement agencies that promise to do the impossible: Wipe away people's debt, or make it less costly, without any consequences. Some ads claim that the Obama administration has a plan to let people with more than $10,000 in credit card debt walk away scot-free and that their services can help. They also claim that this alleged program will expire soon, so people ought to call in right away.

Well, it sure sounds good, but none of that is actually true.

The government did implement the CARD Act, which forces issuers to be more transparent about policies and more judicious in the way they go about hiking rates and applying penalty fees. The Obama administration has also pressured or incentivized banks to assist consumers through debt-workout programs. It has also pushed to ease stringent Bush-era laws regarding bankruptcy, but that hasn't actually happened yet.

But Obama & Co. have not promised people with outsized credit card bills that they can wipe away their debt burdens without any consequences. The companies' marketing campaigns are not true. In fact, some debt-consolidation firms are being investigated by the government for swindling desperate consumers out of hundreds or thousands of dollars apiece, without improving their financial situations at all.

On the other hand, while people love to complain about being taken advantage of by big banks, they fail to recognize the other side of the coin.

The Big Six banks -- Bank of America (BAC), Wells Fargo (WFC), JPMorgan Chase (JPM), Goldman Sachs (GS) and Morgan Stanley (MS) -- have all faced various lawsuits over lending practices or investment advisory services since the start of the crisis. But banks are in business to make money and consumers ought to understand the terms of a contract before signing it. Playing victim is not always enough of a defense, particularly when the victim is proud of being ignorant.

In a discerning column this week about consumers and their trustful doltishness, the New Yorker's James Surowiecki points to several studies that indicate Average Joe isn't just dumb, he's bullheaded about being dumb, too. Unsurprisingly, the less people know about finance, the more often they fall into financial woes. Yet, the less they know about finance, the more confident they are that they know a lot, too. Surowiecki also notes that at a time when people are constantly plied with offers for ever-more "innovative" products, they are less inclined to learn the details of those products.

Ignorance -- combined with the tediousness of learning and overconfidence -- inevitably leads Average Joe to agree to things he doesn't even understand. It's a sign that people need to not just get better educated about their money - what to do with it, what not to do with it - but also need an attitude adjustment.

I don't say this without having any sympathy for Average Joe; I'm a financial reporter whose own family was recently duped by a HAMP swindler. All they had to do was call and ask.

This article by Lauren Tara LaCapra has been republished from The Street, an investment news and analysis site.
Posted by: NuWire Investor @ 5:52 AM

To be honest, it is not just 'people on main street' who lack the basic knowledge to come out of a recession unharmed. I work in real estate and it is frightening how few people have the systems and processes in place to ride it out when the hard time hits. I was reading a report yesterday written by an online short sale guru Greg Clement, basically saying not enough people have efficient enough lead generation systems. This kind of shocked me as lead generation is the lifeblood of real estate, if you don't have them, you're kind of dead! Especially at the moment. Anyway, this report was a pretty eye opening read for anyone working in real estate and is looking to actually grow their business during the recession! Here's the link http://ht.ly/23rN6