Faced with the difficult decision of inflation or austerity, many of the world's governments have lost significant support as neither has proven effective. In the US, two years of flooding the system with liquidity has had limited success and poll numbers show voters are growing impatient. See the following post from Dollar Collapse. 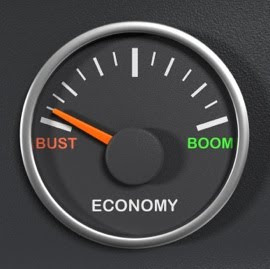 For the first time in 250 years, politics has become irrelevant. Not uninteresting or unimportant; obviously the way a society organizes itself matters to its citizens and its place in the world.

But today there are no policies left on the “possible” menu that will save us from what’s coming. So a rational person’s time is better spent preparing rather than debating.* (Later, when we’re trying to decide what to build from the rubble, the argument will get interesting again.)

The most recent batch of election and poll results illustrates this point:

Poll blow raises Japanese economy fears
Naoto Kan has been Japan’s prime minister since only last month, but already he has been dealt a stinging rebuke by the electorate. His Democratic Party of Japan (DPJ) and its tiny coalition ally lost their majority in the upper house of parliament. Japan has already suffered two decades of economic stagnation; now it faces political stagnation too unless Mr Kan can persuade small parties to help him pass laws.

Centre-left rise in German state underlines Merkel woes
The Social Democrats and Greens took over Germany‘s most populous state, North Rhine-Westphalia, on Wednesday in a minority government the centre-left says could one day challenge Chancellor Angela Merkel at federal level.

At a time of weakness for conservative leader Merkel nine months into her second term, the Social Democrats (SPD) speculate that they and the Greens could form a minority German government after the next federal elections due in 2013.

Should Republicans Take Control of Congress?
According to a new ABC News/Washington Post poll, registered voters are increasingly critical of President Obama’s work on the economy, and by an 8-point margin they say they’d prefer to see the Republicans take control of Congress. It’s a clear sign of GOP opportunities and Democratic risks going into the 2010 midterm elections, with 51 percent of poll respondents saying they would rather have Republicans run Congress “to act as a check on Obama’s policies.”

So what’s happening? Just a few years — in some cases just a few months — after sweeping into office with promises of “change” and a quick clean-up of their predecessors’ messes, leaders of major democracies from across the political spectrum are being swept right back out.

Did they turn out to be incompetent, or their policies wrong-headed? There’s hardly been enough time for either verdict. But if not that, what?

The answer, in a word, is debt. When an economy’s borrowing passes an historically identifiable point it loses the ability to navigate from crisis to solution. In the case of Europe, Japan, and the U.S., the range of choices has narrowed to only two, inflation and austerity, and neither is working.

When Europe tried inflation by promising to bail out the PIIGS countries, the euro collapsed, as the global markets correctly saw an oversupply of paper currency on the horizon. When it switched to austerity, workers across the continent saw their livelihoods threatened. Either way, the folks in charge get blamed and have a tough time holding their jobs.

In Japan, public debt keeps soaring no matter who is in charge. The government, believe it or not, will borrow more this year than it raises in taxes. So the newly-elected Prime Minister proposed doubling the national sales tax to 10% and then backed off in face of falling poll numbers, thus becoming a tax raiser and a ditherer, a combination that hardly ever wins popularity contests.

The U.S. government has been flooding the system with liquidity for two years, but unemployment remains in double digits. Three of the five biggest states are functionally bankrupt and will either lay off hundreds of thousands of workers in 2011 or receive a bailout that will dwarf what Goldman and AIG got last year.

The next round of elections will bring either new leaders or old ones who adopt the other side’s ideas in order to hold power. Either way, the death spiral of the military industrial complex/welfare state/fiat currency system will continue, and accelerate.

It’s All Over But The Crying

* But there is a bright side. Make the right decisions now and the coming mess can be profitable (though it still won’t be fun). In 2006, shorting the housing/banking sector made a few prescient people rich (read The Big Short). In 2001 those who saw the Fed easing in response to the tech crash and loaded up on gold now have five times their original capital. In 1999 shorting tech stocks was both obvious and worth a quick fortune. So the question isn’t whether another disaster is coming — it clearly is — but whether we’ll be among the people who look like geniuses when the dust clears.

This article has been republished from John Rubino's blog, Dollar Collapse.
Posted by: NuWire Investor @ 5:57 AM