Do Freddie and Fannie Create More Costs Than Benefits?

Economist Mark Thoma weighs the pros and cons of keeping Fannie and Freddie around to subsidize the mortgage market. Thoma suggests that the GSEs help stabilize the macro economy in times of crisis by concentrating risk and also helps to overcome some mortgage market failures, however they also can cause banks to take on excessive risks. See the following post from Economist's View.

What should be done with Fannie Mae and Fred 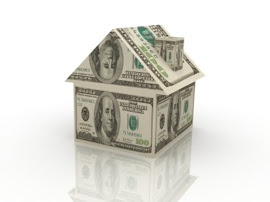 Here's my response (additional responses from Laurence Kotlikoff, Phillip Swagel, Tom Gallagher, and John Makin, with others to follow, all responses):

There are two potential justifications for the existence of institutions like Fannie and Freddie. One is to solve a significant market failure in the private sector mortgage market. If there is some reason why the mortgage market does not function properly on its own, perhaps due to lack of information on one side of transactions, inefficient risk management, adverse selection, the presence of moral hazard, etc., then government can step in and fix the problem.

The second justification is the role these institutions can play in stabilizing the macroeconomy. Contrary to what you may have heard from people who want you to believe that government is always the problem and never the solution -- the people who try to blame Fannie and Freddie for the crisis despite evidence they weren't the primary cause -- having such institutions in place may allow a better response to a financial crisis than would otherwise be possible.

I think a better case can be made for Fannie and Freddie based upon the role that they can (and did) play in helping to stabilize a financial system that is in crisis. Fannie and Freddie concentrate risk that is dispersed across many different banks and other financial institutions. If a systemic shock hits, instead of having all the difficult problems that come with the nearly simultaneous failure of such a large number of banks, only one or two institutions get into trouble. This allows regulators to focus their efforts on these institutions as they attempt to stabilize the financial system.

However, it's important to note that it's not certain that the effect of institutions like Fannie and Freddie will, on net, be positive. The benefit of these institutions is that they allow us to more effectively stabilize mortgage markets -- which are prone to bubbles -- when they get into trouble. However, there is also a cost. The implicit government guarantee that stands behind Fannie and Freddie increases risk taking behavior overall making crises both more likely and more severe.

I still think that, overall, having Fannie and Freddie was beneficial, and I'll give lukewarm support for these institutions. But that support is conditional upon the expectation that regulators will do a better job of monitoring and regulating the amount of risk that is present in financial markets. The presence of institutions like Fannie and Freddie encourages banks to take on additional risk, and the additional risk generates costs that can more than offset the benefits Fannie and Freddie provide in terms of helping to stabilize the financial system when it gets into trouble. We need to do a better job than we have in the recent past of regulating the amount of risk that banks can take in response to the insurance that they get from the implicit government support of Fannie and Freddie. If we can't, then the case for the existence of Fannie and Freddie is much harder to make.